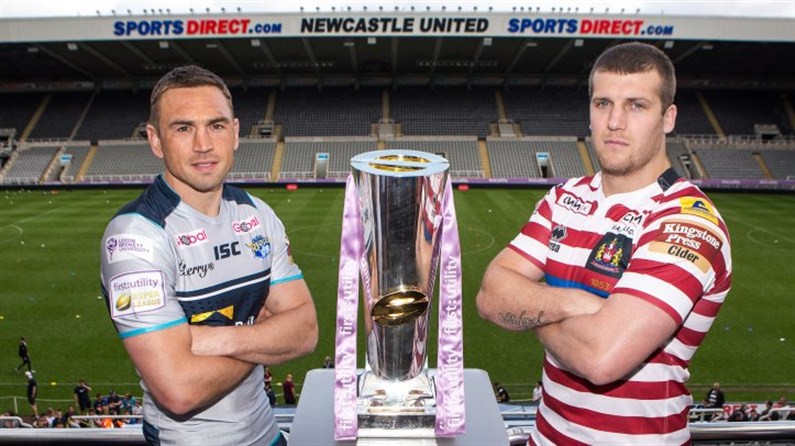 Shaun Wane has today named his 19-man squad for the Magic Weekend game with Leeds Rhinos.

Wigan face the table topping Rhinos in the main game on Saturday evening when a crowd of over 40,000 is expected to cram into Newcastle United's St James' Park to see the blockbuster tie.

The Warriors will be looking to bounce back from defeat in France to Catalans and come up against a Leeds team who are three points clear at the top of the table.

Wane makes just one change to his squad with Connor Farrell, fit again after injury, coming in for Rhodri Lloyd.

Speaking ahead of the game, Wane said: "I'm really glad we're playing the best team in the comp. They're always great games between us and Leeds, I've every respect for them. They're a great team with some great players.

"They've got some really good individuals, two of the best centres in the comp, their back five players are really strong. They're playing with a bit more structure now and are very tough to beat."

Wane is keen for his players to find the form that saw them win five in a row, including three games where they ‘nilled' the opposition.

The Warriors coach knows his team have a job on their hands against a strong Leeds outfit:

"They're the form team in the competition so we need to be a lot better, we need to play a lot better and defend like we did against Brisbane and attack like we attacked against Warrington.We'll trouble Leeds but we need to stay with them, they play with a high intensity, they defend with some vigour. There's no doubt about it, they're a tough team to beat but we did it last year with a weak team at the Etihad so it's a good competition for us.

"We've still no Tony Clubb, Dom Manfredi, Anthony Gelling, Iain Thornley or Liam Farrell so we've got some big players missing but that's a good opportunity for everybody to step up and that will make the win, if we can get it, more enjoyable."