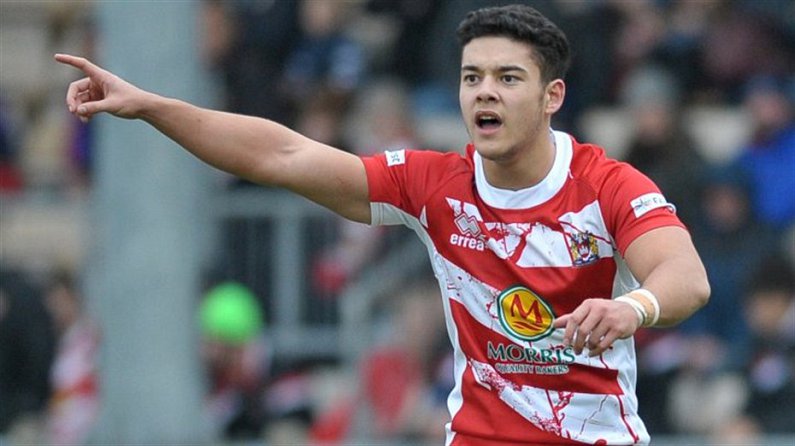 Wigan Warriors Under 19s moved top of the league with a 60-28 win in their final regular round game against Wakefield Trinity Wildcats.

The Warriors, who ran in ten tries - all of which were converted by Jake Moore, will now have to wait to see the result of St Helens V Castleford who play on Friday night. A win for the Saints will see them retake top spot ahead of the league splitting owing to a better points difference.

Liam Paisley stole the show as he crossed for four tries, three of which came in totally dominant first half that saw Wigan lead 48-6 at half time.

The visitors fought back in the second-half and scored four tries to make the scoreline more respectable however the win for Wigan was never in doubt.

Wigan kicked to Wakefield to get the game underway and it didn’t take long for the Warriors to open the scoring when the ball was spread out wide through half-back Craig Mullen and went to second-rower, Nick Gregson, who managed to spot a gap in the wildcats defence and dive over the try-line. Centre Jake Moore successfully converted the try. (6-0)

The Cherry and Whites were quite inconsistent in the opening sets as they gave away consecutive penalties. However they managed to keep the Wildcats at bay with the likes of Paddy Jones, Joe Bretherton, Kyle Shelford and Gregson all putting in some massive hits.

Wigan soon started to play to their potential when they scored after great vision from hooker Luke Waterworth to throw a flat ball to prop Bretherton who bulldozed over the try-line with several Wakefield players being unable to tackle the hard-running forward. Moore added the additional points. (12-0)

The Warriors stretched their lead soon after when they had an overlap on the right edge which led half-back Lewis Heckford to thread a cut-out pass to Liam Paisley, which left the winger with an easy task of grounding the ball. Moore superbly converted the try from the touchline. (18-0)

The youngsters in the famous Wigan Warriors academy were dictating play in the first-half as forward Gregson received another short ball close to the line and had too much power for the Wildcats defence to score Wigan’s fourth inside the opening 20 minutes. Moore landed the conversion from the touchline to keep up his 100% record with the boot. (24-0)

The home side soon extended their lead further when Mullen’s sublime cut-out pass found Paisley who simply had to ground the ball. Moore added another two from the touchline. (30-0)

As the game passed the half-hour mark Wigan scored again as Jack Wells barged his way over the line with a number of Wakefield players on his back. Moore with the extras. (36-0)

Just minutes later, Gregson burst through Wakefield’s defence on the half-way line and ran for 30-metres before drawing Wildcats full-back Max Jowitt in and finding Liam Marshall who finished from 20 metres out. Moore from right in front made it 42-0.

Wakefield were truly stunned with the onslaught which continued in the 38th minute as Heckford found Paisley on the right edge who completed his hat-trick. Moore converted for the eight time. (48-0)

A near perfect first half for the Warriors ended with Wakefield grabbing their first try of the game just seconds before the interval. Kieran Holt spotted a gap in the Wigan defence and ran 20 metres to score under the sticks. Jowitt goaled to make it 48-6 to the Warriors at half time.

Wakefield got the second half underway and it looked to be more of the same for Wigan as Gabriel Fell stepped and turned the Wildcats defence inside out to run 30 metres to score. Moore added yet another conversion. (54-6)

The Wildcats looked as though they could be on the end of a serious hammering but responded well to Fell’s try by keeping Wigan out. As the game neared the hour mark Joe Capless then picked up a loose ball from a Wigan knock-on to score from 30 metres out. Jowitt was unable to add the extras. (54-10)

Just three minutes later it was Jowitt this time who picked up on another loose ball near his own line to race 90 metres for a great individual effort. Half-back Tom Megretton converted the try. (54-16)

The visitors were finding their feet and added their third try in the space of six minutes when Declan Brereton broke down the left and popped the pass up for Sam Blake to run on and score. Megretton added the two. (54-22)

As the game moved into the final ten minutes Wakefield scored again as prop Frazer Morris received a flat pass from Bradley Moules to steamroller his way over the whitewash. Megretton on target again with kick. (54-28)

Wigan would have the final say on proceedings though as Garbiel Fell passed wide to Paisley who jerked his way past the Wakefield defence to finish exquisitely in the corner. Moore completed his night with another conversion, a 100% record with 10 from 10. (60-28)

A win for the Warriors in their final regular league outing of the season, their final league position now in the hands of St Helens who face Castleford Tigers on Friday evening.