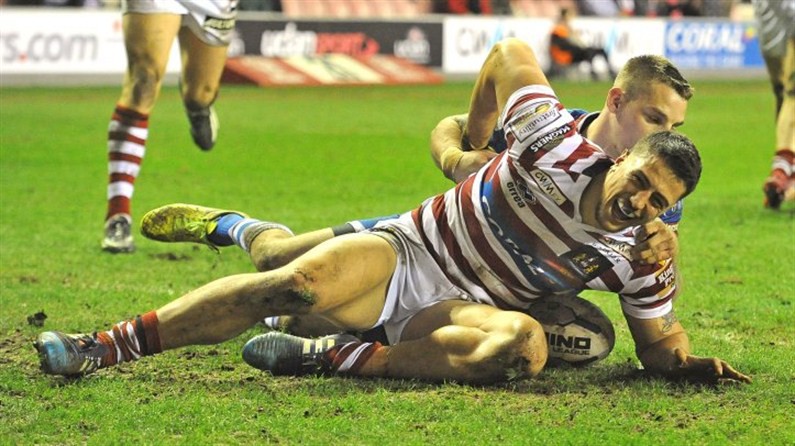 Anthony Gelling admitted he was buzzing ahead of what will be his first appearance in the Good Friday derby against St Helens.

The Warriors host the Saints, a repeat of the 2014 Grand Final, in one of the most eagerly anticipated Good Friday derbies of all time.

With just a small amount of tickets remaining for the game, Gelling admitted he couldn't wait to take to the field.

The Cook Islands international said: "It'll be my first Good Friday derby so I can't wait, I've not played in one yet so I'm excited for that. It's always a mad atmosphere and it's going to be buzzing. Those games create their own atmosphere."

Gelling, who crossed for hat-trick in the Wakefield win, admits that for some reason the team have perhaps struggled to get themselves up for a few games this year: "Sometimes we've found it hard to get in the mood for it, against Wakefield we said we wanted to address that, to be louder in the changing room and I think it showed with the way we started. We created a lot of positive energy right the way through and it showed in our performance."

The Warriors prepared for Good Friday in the best way possible with a 52-10 victory over the Wildcats.

Despite the margin of the win Gelling still felt the Warriors could improve in defence.

"We got the early lead and held them out," he said. "Our defence was good. We made a couple of lapses and they scored a couple of tries that they shouldn't have done but it's stuff we can fix.

"Their team changed a lot this week so Waney just told us to not worry about that and just focus on what we needed to do. We went well, our completions were good and we kept the penalty count down. We starved them of the ball a lot and just made it easier for ourselves, we scored some tries which gave us time to walk back, get our breath back so we could stay fresh and stay on top of them."