Warriors Look to put pain of Brisbane Behind Them 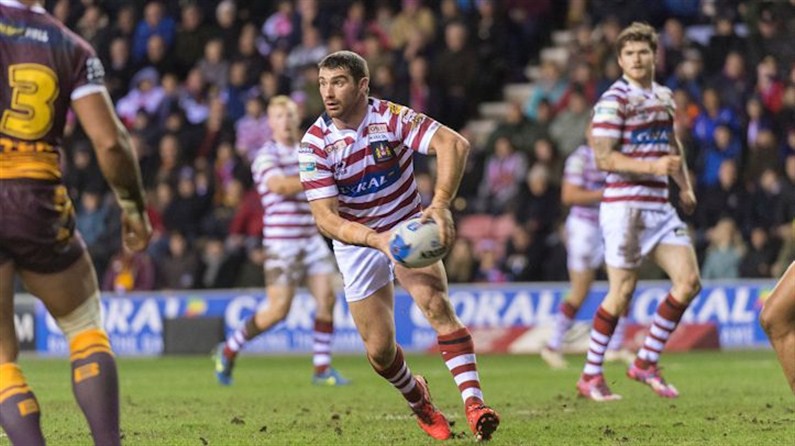 Having put up a good display against Brisbane Broncos in the World Club Series, though narrowly losing 14-12 in extra time, the Warriors are odds-on at 3/10 to beat Hull KR at KC Lightstream Stadium.

Liam Farrell and Joe Burgess both scored tries in that loss with the latter looking to bow out on a high, having agreed to join Sydney Roosters at the end of the season.

Coach Shaun Wane was disappointed by the Broncos defeat and will be hoping for an improvement against the Robins.

"We've only got ourselves to blame. We made some poor decisions and our completion rate was poor," said Wane after the match.

"But I was still proud of the way we defended. It took some juice out of us and, if you're up against a quality side like that, you're going to get burned."

Joel Tomkins will be hoping to boost his try tally, being the joint-top scorer for the club this season and seems to be following in the footsteps of brother Sam, who excelled in the Super League for the Cherry and Whites before heading Down Under to ply his trade for New Zealand Warriors.

Opponents KR are yet to record a win in the Super League so far this campaign, having lost both of their matches, though Wane's Warriors will have to guard against complacency, especially after a gruelling game against the Broncos.

Despite losing both of their matches, KR have still amassed 54 points this term, and Albert Kelly is also on three tries. Wigan will be wary of the Humberside outfit's attacking threat and a hostile away crowd, though the lure to right the wrongs from the Brisbane game could be enough of an inspiration for victory.