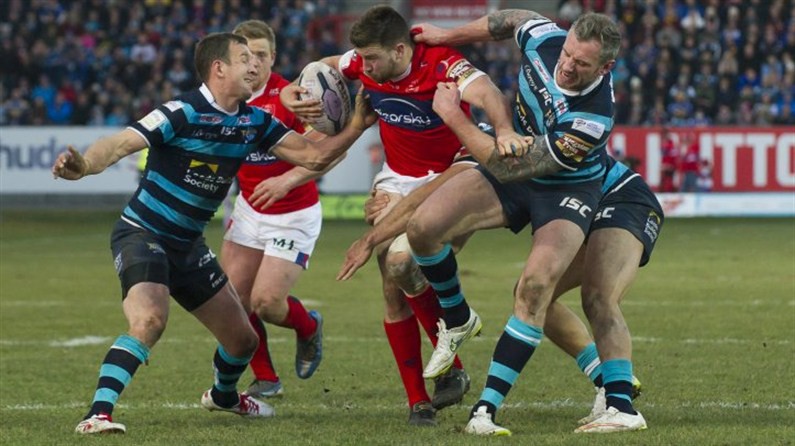 Wigan Warriors head to Humberside on Sunday wary of an improving Hull Kingston Rovers side.

Rovers, who brought in 13 new players ahead of the 2015 season, have lost their first two games of 2015 against Leeds and Wakefield however Shaun Wane expects them to improve.

The Warriors Head Coach said: "They absolutely annihilated Leeds at the start (of that game) and Leeds are a good team, they will definitely improve as the season goes on.

"It's hard when you've got so many players coming into the club, it's easy now (for us) as we've not had much change so the players that come in know our system anyway, when you don't know the system you are going to get errors. They have shipped a few points and we're going to challenge them, we see some weaknesses in their team and we just need to exploit them on Sunday."

Wigan only won one Super League game in Yorkshire, something that Wane says he isn't too worried about: "It's not something we think about, it never enters my head, it doesn't enter their heads (the players). They'll go into the game really focused knowing that if we defend like we did against Brisbane and in the small chances we got to attack then we can score.

"I think George (Williams) Sam Powell and Matty Smith are all playing really well and are pushing the team around the park and we just need our fair share of the ball."

The Warriors will come up against former player Darrell Goulding who joined the Robins after making 175 appearances for the Warriors scoring 72 tries. Season-long loanee Greg Burke could also play against the Warriors in the game.

Wane said: "They're two good players and two people who I am very close to, I text them regularly. I do care for them and I want them to do well just not this Sunday."

Asked if he'd be happy if Greg Burke scored on Sunday, Wane said: "I hope that won't happen but I'm not one of them that lets a club have a player and then starts putting conditions down that he can't play against us."