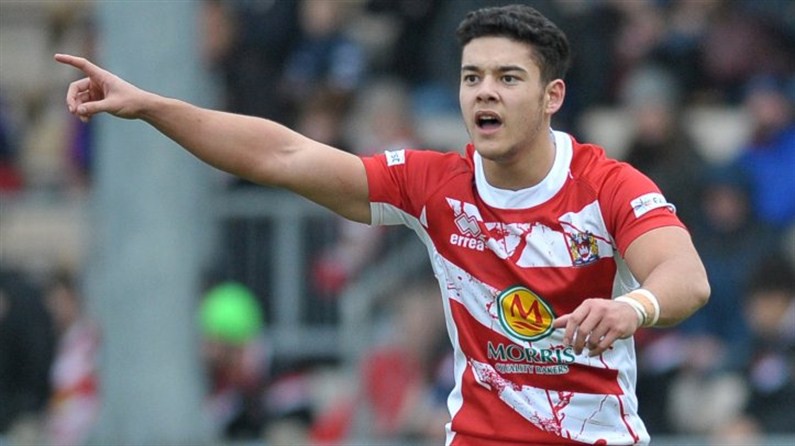 Result from The Provident Stadium, 19:30 Kick-off

Wigan Warriors Under 19s ground out a battling 14-10 victory over the Bradford Bulls at a freezing Provident Stadium.

In a truly bruising battle, the Warriors got the win through tries from Oliver Gildart, Tom Davies and Jack Higginson to make it two wins out of two for the Wigan Academy.

Warriors Head Coach Matty Peet made numerous changes to his starting line-up from the win over Warrington last time out, with Lewis Heckford, Patrick Casey, Macauley Davies and Max Dudley all coming in for Gabriel Fell, Kyle Shelford, Joe Bretherton and Liam Paisley.

It was a scrappy opening to the match as both sides swapped knock on’s, but it was the Bulls who struck first as they exploited field position from a penalty to great effect as some strong running and an offload gave Zak Baker the simplest of tries under the sticks. Baker converted to make it 6-0 with just under eight minutes played.

The Warriors were trying to fight back with a few half breaks but could not capitalise on them, and the visitors had to produce fantastic goal line defence in the 20th minute to keep the home side out. Wigan’s effort was rewarded three minutes later as Oliver Gildart finished off a break by Brad Lawrence to get the Warriors on the board, captain Jake Shorrocks converted to level the game at 6-6.

The Cherry and Whites were finding their fluency now and the Warriors took advantage of a Bradford dropped catch to take the lead, as Tom Davies touched down in the corner following great work from Oliver Gildart. Shorrocks was unsuccessful with the difficult conversion so it stayed at 10-6 to Wigan, which it remained until half-time.

The Bulls started the second half better and were next to score as James Pickering pounced on a grubber kick to level the scores in the first few minutes, Baker could not add the extras so it stayed 10-10.

The game was becoming a war of attrition now with both sides toughing it out up front and both defences on top.

In what was now a real battle, Wigan retook the lead again with around 15 minutes left as Jack Higginson leapt highest to take a phenomenal catch in the corner and touch it down mid-air for a fantastic try. Shorrocks could not add the two so it stayed 14-10 to the Warriors.

An error from the resulting kick off gave Bradford possession and territory, but some amazing Wigan defence to keep the Bulls out for successive sets and keep the score in their favour.

As the remaining minutes ticked by, the home side were again deep in the Warriors half on numerous occasions, but Wigan produced some heroic tackling to prevent an equalising score, as the Cherry and Whites held out to take the victory.