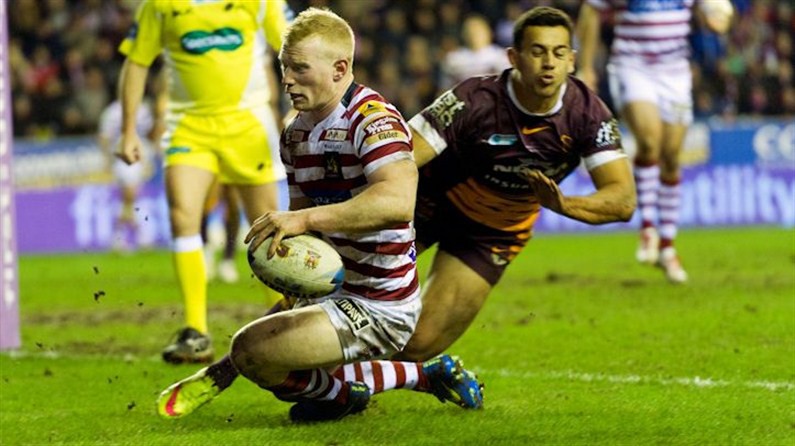 Second-row forward Liam Farrell believes the Warriors will take a different approach this week as they prepare to face Hull Kingston Rovers on Sunday afternoon.

The Warriors head to Yorkshire for the Super League Round Three fixture after a bruising 14-12 extra time defeat to Brisbane Broncos.

Wigan lost to Bradford, Wakefield and Widnes on the road last year and could only manage a draw against Rovers, teams all of whom finished in the lower half of the table.

The England international said: "I think this year it is a little bit different, we've got a different mentality approach. We know this year that no games are going to be taken lightly, we've got to go to Hull KR with a good mentality about winning and being strong because they've had two losses to start their season and they're going to be coming with a week off and fresh. We're coming down from a big game playing in front of 20,000, we've got to react to that and make sure that we perform."

Farrell will go into the game having tested himself against arguably the best second-row forward in the world, Sam Thaiday, in the game against Brisbane last Saturday at the DW.

On facing Thaiday, he said: "I was fortunate enough to play against him in the four nations earlier this year. I knew what kind of player he was and how physical he was, he's quite a big bloke to put down so I knew it was going to be a challenge. He was running at George all day too so I had to help him out as much as I could.

"You want to be playing against those types of players though because they're the ones who are going to make you better. They had quality all over the field, the wingers, the centres, the back-rowers they're all good so it was good for us all as a team as I think we can take a lot of confidence from it."

Farrell admits he is hoping that the World Club Series will grow in the future saying: "The stronger we can get that competition the better, maybe build on the fact we had three teams in it this time from each country, maybe four next time and make it a little league or something. We've got to combine with the NRL to make it better and hopefully make Super League stronger as well.

The game with Brisbane went to Golden Point after it had finished 12-all after 80 minutes. Farrell enjoyed the extra time but isn't for following the NRL and having it decide every game.

"I am for it in the bigger games, I think it could be useful and obviously we'd use it in the play-offs but it's not really needed in the league, I think we should settle for a draw. I think the lads put their bodies on the line long enough for 80 minutes never mind longer."