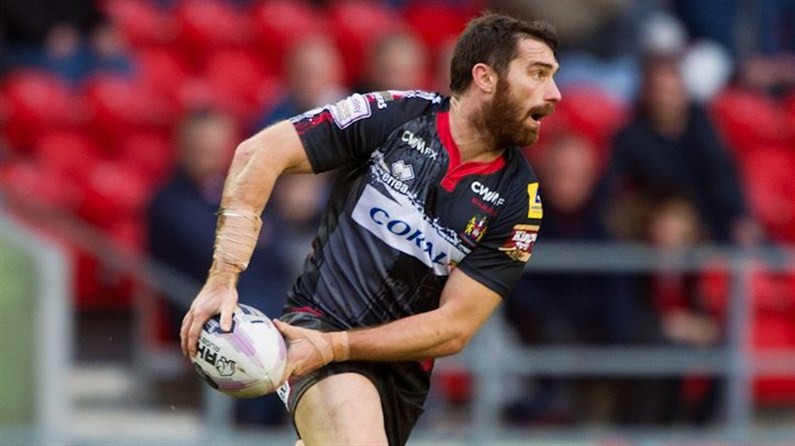 One week ahead of the new season Wigan Scrum Half Matty Smith has stated his belief that Shaun Wane's squad for 2015 is better than last year's.

Speaking to wiganwarriors.com, the England number 7 said: "I think we definitely have a better squad this year, you cannot really judge us on friendlies, in 2013 we lost all pre-season games but won the double. These games are played to get players ready, but we were still disappointed with Sunday especially with it being St Helens, but come the start of the season we will be ready to go."

The off-season saw the arrival of Larne Patrick (Huddersfield) and Taulima Tautai (Wakefield) as well as the return of Lee Mossop (Parramatta). Commenting on the additions to the squad, Matty said: "I think our new signings are brilliant, whenever we have played against Taulima and Larne they have caused us problems so they will definitely improve us. We've got Moose (Lee Mossop) back too which is a huge boost for us all."

On a personal note, Matty talked about his own game and half back partnership with George Williams saying: "I definitely need to step up and take control, to hopefully improve from last year. Playing with another experienced player like Greeny was a help to me but George is a fantastic player, a really talented Wigan lad who I played alongside a lot last season and thought we did really well."

About the new season and potential challengers for Super League, Smith stated: "I think it will be a lot closer this year, you will have the usual suspects in Warrington, Saints, and Leeds at the top of the League, with the others not far behind. Saints have bought well and have a new half back in Travis Burns who is a great player, and there is front rower Ashton Sims at Warrington who is another fantastic addition. It's going to be a great year with the new format and I can't wait to get started now."

The Warriors start their First Utility Super League campaign against Widnes Vikings at the Select Security Stadium on Thursday 5th February, before their first 2015 home fixture against Huddersfield Giants on the 13th February; tickets for both games are available from the DW Stadium Ticket Office, the Ticket Hotline 0871 6633 552 and online here.