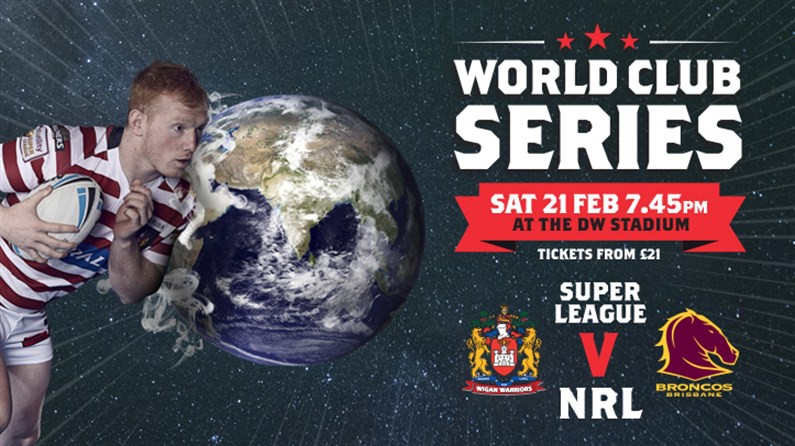 Game two of the three match series will see Wayne Bennett's side visit the DW Stadium as the two giants of the game do battle.

The cross-channel marketing campaign, which commenced this week right across the North West, will combine radio advertising, outdoor billboards, digital activity, competitions and various events over the next few weeks in the lead up to the game.

"Wigan and Brisbane have an amazing history with many titanic tussles over the years including the unforgettable game in 1994 when the Warriors went Down Under and beat Brisbane on Australian soil.

"Wigan fans are already buzzing about the prospect of the game and by launching this campaign we are hoping to increase the excitement across the whole region, both amongst current fans and also utilising this fantastic event to engage with new audiences.

"In addition to our above-the-line advertising and events schedule, our group sales team will be contacting over 16,000 businesses and clubs over the next few weeks as we aim to generate the largest crowd of the tournament."

Wigan Warriors Head Coach Shaun Wane said: "It's going to be a night to remember at the DW. The chance to play against NRL teams doesn't come around very often and my players will be doing all that they can to win this game. We still have some unfinished business on the world club stage and have targeted this one as a must-win game."

Tickets for Wigan Warriors vs Brisbane Broncos are available from the DW Stadium Ticket Office, the Ticket Hotline on 0871 66-33-552 and online by clicking here.