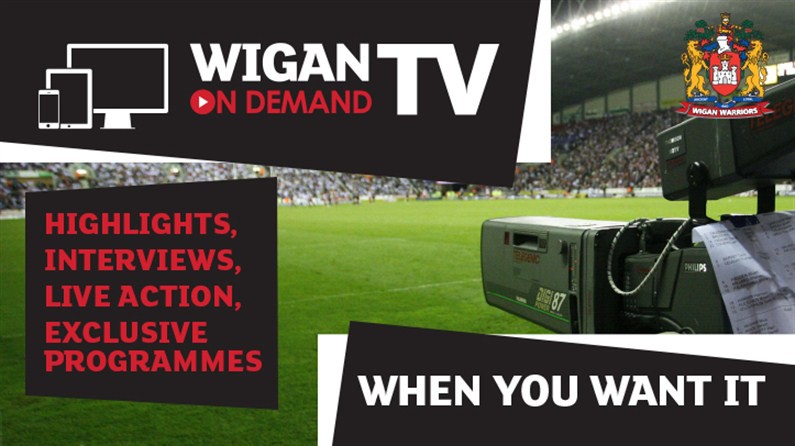 Wigan TV broke new ground at the weekend as a record number of fans subscribed to the Club's official online television channel.

The channel has grown in popularity year on year since launching in 2012 with over 2000 people now tuning in.

Wigan TV Video Production Manager Stewart Frodsham said: "It's fantastic news that we have a record number of people subscribing to Wigan TV. The pre-season games always prove popular and that's definitely been the case this year with huge numbers of people watching the games against Leigh and St Helens.

"It's a really exciting time for Wigan TV, in 2015 we can bring fans action from the game faster than ever before. As well as our short highlights with two hours of the game and 15 minutes of highlights available 24 hours after a game, the full games will this year be available on a Tuesday following the weekend's action. We will also have more exclusive interviews from inside the Wigan camp and footage from academy games as well as a big back catalogue of classic games."

Wigan TV, the Club's official online subscription channel, brings you closer to the Warriors than ever before and costs just £35 per year, £9.99 for 3 months or £4.99 per month.