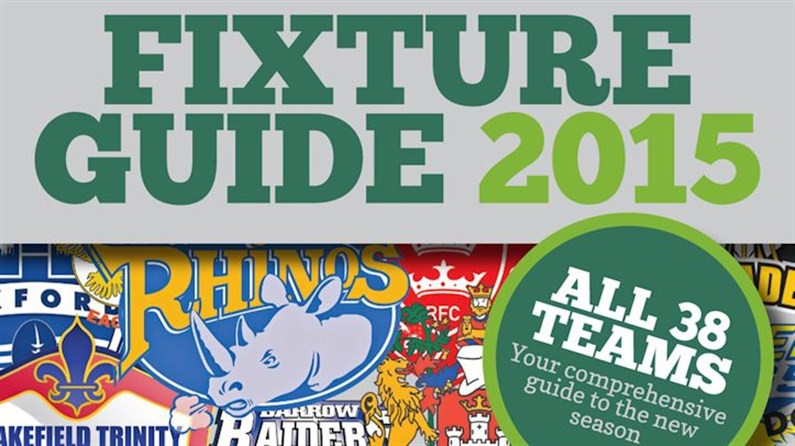 Rugby League World, the world's biggest Rugby League magazine have released their traditional season launch issue, and it comes with an exclusive free gift to keep fans completely up to date with the 2015 fixtures.

As well as the very best in season preview material ahead of the 2015 season, Rugby League World also comes with an exclusive fixture booklet for the new campaign.

It features fixtures for all 38 teams in Super League, Championship and League 1 ahead of the new season, right through until the split later on in the year. It's in a handy size for you to carry round with you all year, so you need never be left scratching your head wondering who your team play when!

Warriors fans are also in for a treat, as there's a full preview of Wigan's 2015 campaign.