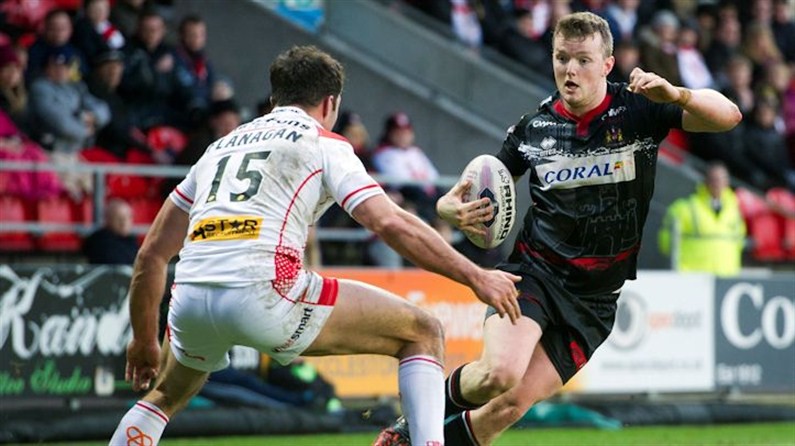 Youngster Connor Farrell has admitted he is hopeful of more game time in 2015 after impressing Shaun Wane during the pre-season game with St Helens.

The 21-year-old earned the praise of his coach after a strong performance in the game at Langtree Park as he played a part in Wigan's first try, scored the second and was unlucky not to get another in a lively second half.

On the game Farrell said: "It wasn't the result we wanted but we're working on things and I think it's going to come soon.

"It hurts the most that we were out enthused by them, we need to work on things and we need to be better to be honest."

On his performances in pre-season, he said: "I'm happy but still getting into things. I'm happy with how I've started, it was nice to get over for the try but we've still a lot to work on."

Farrell's fine display at Langtree Park was capped with a brilliant try, the former Wigan St Pats amateur scooted from dummy half and forced three St Helens players back to ground the ball. On his try he said: "The marker was down and Waney always tells us to take them, I just kept on going and somehow got it down."

After spending much of last year on dual registration at Workington where he played 18 times, Connor - younger brother of Liam, wants to try and force his way into the Wigan team this year: "That's the plan! I came back last year from a season long injury, I needed to get a good year under my belt and I've kicked on from there and hopefully I'll get some more game time under my belt now."