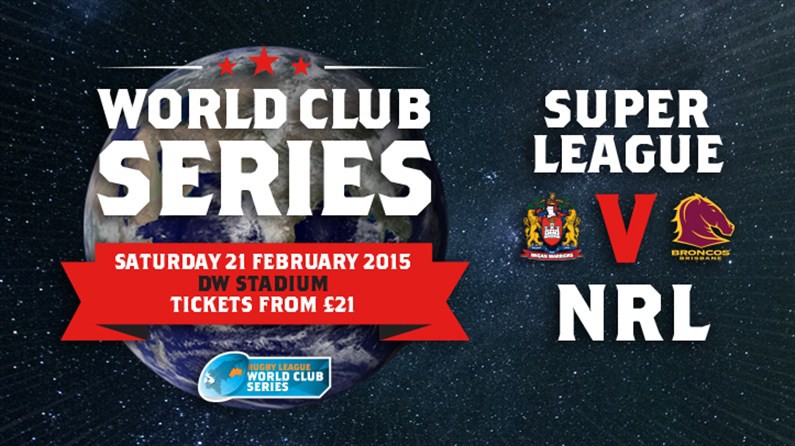 Game two of the World Club Series will see Wayne Bennett's side head to the DW Stadium on Saturday 21 February 2015, 7:45pm kick-off. Tickets for the game cost from £21 for adults and £14 for concessions and children. 2015 season ticket holders are eligible for a £2 discount on tickets purchased before 31st December 2014 whilst reserved season ticket holders seats will remain held until this point.

Brisbane Broncos head coach Wayne Bennett is expecting a fiery exchange between the two clubs when he returns for his second term in charge of the Queensland Club.

"It is a fantastic start to the season for the Broncos to bring the team over to England to play in this series." said Bennett.

"Wigan are an impressive team and I know that after losing the World Club Challenge last year in Australia, they will be out to make amends.

"It will be a brilliant contest for the fans to watch and also a great experience for the players to test themselves against a top team from a different competition.

"This is not an opportunity that comes around often for NRL players."