Five to Remember 2014 - Warriors Make it a Great Good Friday 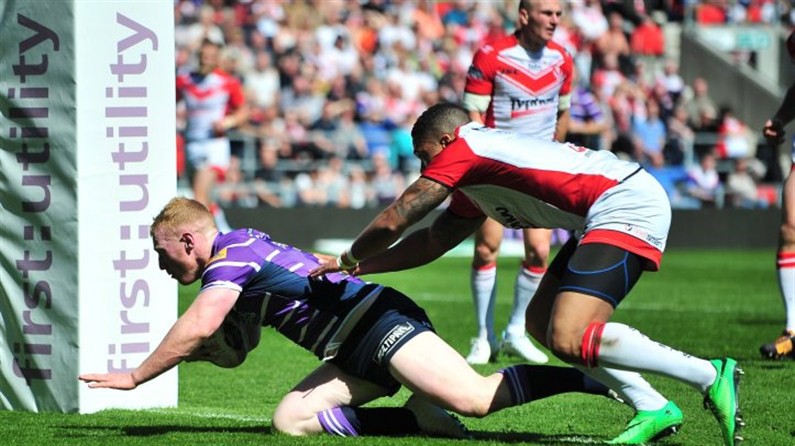 With St Helens enjoying an unbeaten start to 2014 it was going to take a great performance to stop them, Shaun Wane's side came up with that performance.

Wigan got the perfect start with Saints losing the ball on the first set and Skipper O'Loughlin diving through a gap for the try, Matty Smith added the extras to make it 6-0. St Helens replied through Tommy Makinson, but the Warriors retook the lead as Captain O'Loughlin's break and truly sensational pass found Dan Sarginson who went in on the right wing, Smith's excellent conversion made it 12-6.

With 20 minutes on the clock Liam Farrell took a Joe Burgess pass from Blake Green's kick to get his first try, with Smith's extra two making it 18-6, however Makinson and Jordan Turner responded with tries for the home side. A Smith penalty goal meant the half time score was 20-14 in favour of the visitors.

The Warriors thundered out of the blocks after the restart with Liam Farrell catching a Joe Burgess kick that ricocheted off Jonny Lomax to touch down for the second time, Smith's conversion made it 26-14. Joe Burgess was next to go over following great play from stand in Centre John Bateman, with Smith continuing his 100% kicking record and extending Wigan's lead to 32-14.

A 68th minute Smith drop goal sealed the victory, with the away support jubilant at a fantastic display by Shaun Wane's side. The win would form part of a good month for the Warriors who would win all five games in April.