Brisbane Game will be Fantastic 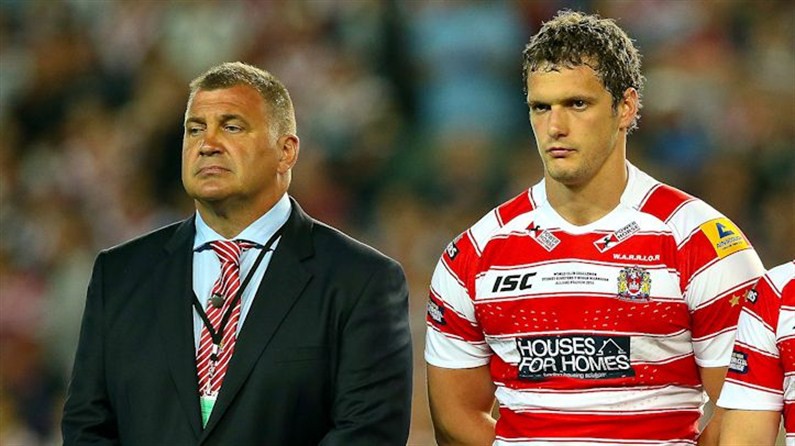 The Warriors host the Broncos in game two of the World Club Series as Super League takes on the NRL over the weekend of 21/22 of February.

The pair have plenty of history having met on several occasions, the most famous being in 1994 when the Warriors beat Brisbane 20-14 at a packed out ANZ Stadium.

On the game, Wane said: "It's going to be fantastic, it's a dream come true for me to play such a quality team with a coach like Wayne Bennett. They have a host of international quality players and it will be great to test ourselves against such a side."

Wane himself was named Man of the Match in the World Club Challenge victory over Manly in 1987, the first success for a British team in the competition. He said: "I know what it means to the players having played in these games myself, some of the best memories of my career are from games like this.

"The Roosters game from last year still sticks in my mind though, as I'm sure it does for the players but I want them to use it as motivation for this game."

The Warriors Coach has called on the Wigan faithful to make it another memorable night for the Club. He said: "The DW will be packed out for this one and I want the Wigan fans to help us and give Brisbane a warm reception."

Tickets for the game at the DW Stadium on Saturday 21 February cost from £21 for adults and £14 for concessions and children. 2015 season ticket holders are eligible for a £2 discount on tickets purchased before 31st December 2014 whilst reserved season ticket holders seats will remain held until this point with all other seats available on general sale from the outset. Tickets are available from the club's ticket office, by calling 0871 6633 552 or by clicking here.