Five to Remember 2014 - Warriors Take the Big One 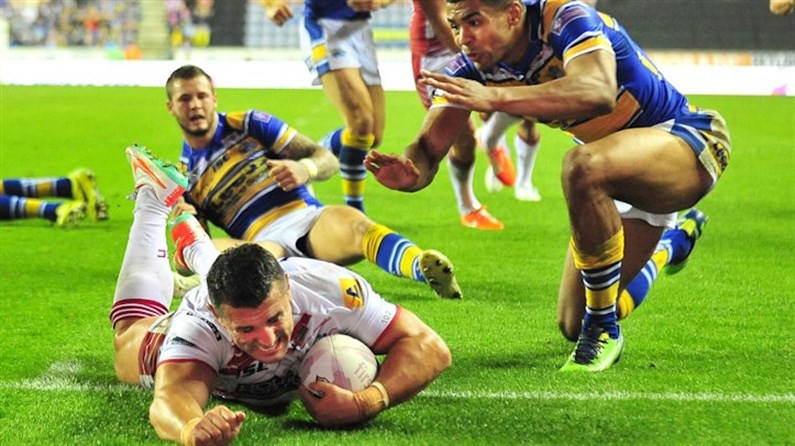 The Big One returned to the DW in 2014 with a record Super League Crowd in attendance to see the Warriors overcome Leeds Rhinos in an almighty battle.

With just two games left of the regular rounds Wigan were jostling with five other teams to finish second and get that all important home tie in round one of the play-offs.

The Joining Jack Legends took to the field ahead of the game and recorded a great win much to the delight of the jubilant home crowd, the majority of whom had taken their seats earlier than usual.

It was over to the Warriors to try and make it two great wins in one night and they didn't disappoint.

Joe Burgess opened the scoring touching down a Blake Green grubber with Matty Smith adding the extras. Smith then added to the lead as great tight defence from the home side saw him intercept a Zak Hardaker pass and canter home under the posts, an easy conversion meant the score moved to 12-0 after 25 minutes. Another two from Smith's boot, this time for a penalty, meant Wigan went in 14-0 to the good at half time.

Leeds needed to get the first try of the second half to make a fist of this one and they did just that with Liam Sutcliffe going over after just five minutes of action.

A real arm wrestle then ensued and Dan Sarginson thought he'd won it for Wigan in the 63rd minute but for his try to be disallowed by the video referee. Ben Flower soon removed any doubts though when he crashed over following a neat short pass courtesy of Sean O'Loughlin.

Matty Smith capped a fine performance with a drop-goal and the full time siren sounded to make it 21-6. The big one was back in some style and the Warriors were up to second in the league ladder.