Warriors Down Under Exclusives on Wigan TV 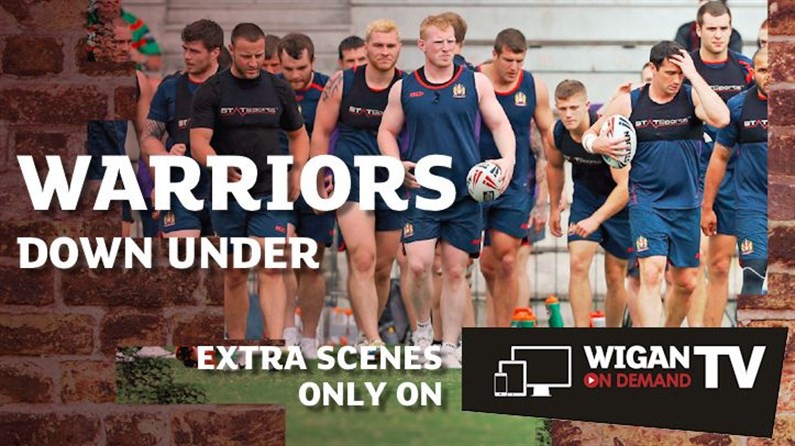 Wigan Warriors have a late Christmas treat for Wigan TV viewers as we bring you four exclusive deleted scenes from Warriors Down Under.

Recently released on DVD, Warriors Down Under charts the team on their 2014 tour to New Zealand and Australia. The ground breaking documentary received rave reviews when aired earlier this year and has proven to be very popular amongst fans who bought it by the hundreds from Warriors World.

Wigan TV have managed to obtain four extra scenes from the footage taken by Angela Powers and Sky Sports with one being released each day over the next four days as follows;

30th Dec - EXCLUSIVE: WCC Documentary Extras - Part 4 - ‘Barrett's Home'
An old friend drops into the camp with a few words of encouragement ahead of the big game.

Wigan TV is the club's dedicated subscription TV service offering fans the best and closest footage from inside the Warriors Camp including the 2014 Season Review. Wigan TV is available on three recurring subscriptions starting from £4.99 per month, £9.99 for three months or just £35 for a full year. To subscribe today simply visit www.wiganwarriors.com/tv