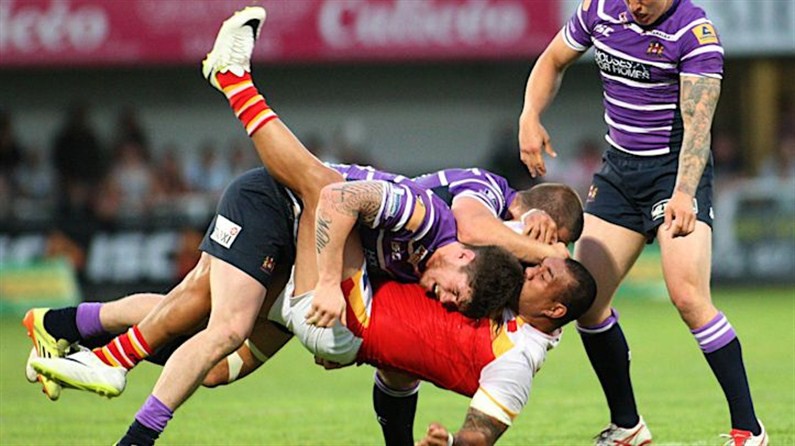 As we near the end of 2014 we look back at five of the best performances from the Warriors over the course of the year.

Where better to start than in Perpignan where the Warriors recorded a famous victory as they became only the second team to go to France and come back with the two points.

Having beaten London the previous week, Shaun Wane's side travelled to Catalans looking to build momentum with the play-offs pressing ever closer.

In a game that will be remembered for some ferocious defending from the home side for which two players were sin-binned, the Cherry and Whites recorded a "professional victory" much to the delight of Shaun Wane.

Tony Clubb opened the scoring in the 11th minute as he touched down from a George Williams pass, with Matty Smith's extras making it 6-0, but the Dragons hit back through Morgan Escare and Elliott Whitehead to lead 10-6 with a quarter of the game gone.

Man of the match Matty Bowen's ‘show and go' fooled the Catalans rear guard with the Full Back running 20 metres to score, Smith's conversion meant the Warriors retook the lead. This was extended four minutes before the interval with Josh Charnley grabbing his 11th try in five games, with the ever reliable Smith adding the two to make it 18-10. Bowen then combined with Charnley to get his second try and with Smith's kick it was 24-10 as the sides turned around.

In a fiery second half Catalan had both Jason Baitieri and Benjamin Garcia sin binned as the home side gave away numerous penalties. Wigan exploited this as both Scott Taylor and Joe Burgess touched down, along with a Matty Smith drop goal to make it 37-10. Damien Cardace grabbed a late consolation score but the Warriors ran out comfortable winners to send the huge Wigan following home happy with a brilliant win.