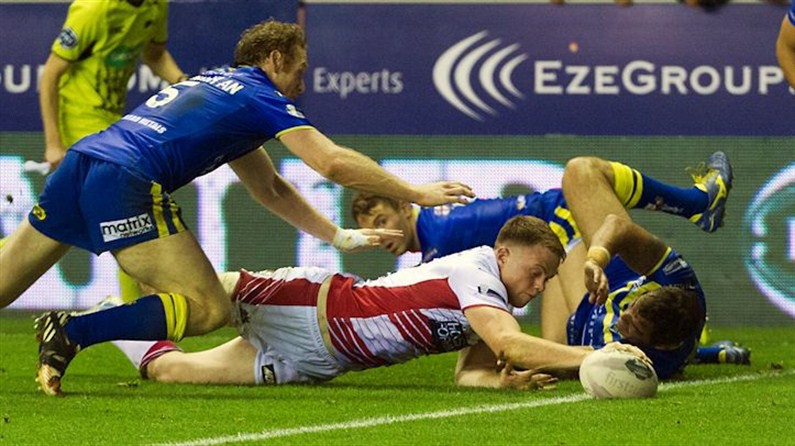 Wigan fans can relive the club's dramatic season finale tonight on Wigan TV as the Warriors Season Review reflects on the latter stages of 2014.

Having picked up just one point in August the Warriors needed to get their season back on track. What better way than with two huge final league games with Leeds Rhinos and Warrington Wolves? Shaun Wane's side returned to the DW to face two of their biggest rivals in front of the Wigan faithful serving up a couple of classics before going on to put in another two incredible performances against Huddersfield and Warrington again in the play-offs.

Fans can see highlights from all four games and get the views of Shaun Wane in the official end of season review - exclusively available on Wigan TV.

The Warriors Season Review can only be accessed by subscribing to Wigan TV on one of the three available recurring subscriptions: a month at £4.99, three months at £9.99 or an annual subscription from £35. To subscribe today simply visit www.wiganwarriors.com/tv