The Fastest Selling Warriors Kit Ever 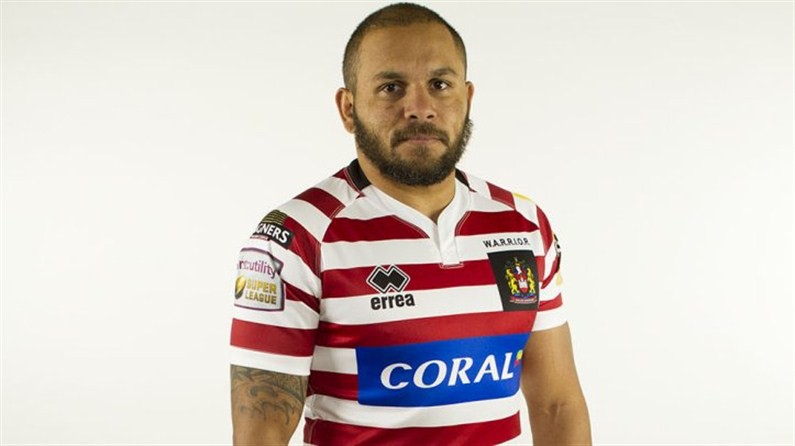 Wigan Warriors have sold more Home Replica Shirts in the first week of sales than the previous record-holding shirt sold in its first month.

After a tremendous effort from new Kit and Retail Partner Erreà to have the shirt on sale only a week later than last year, despite starting production almost six months later than usual, the new home shirt is proving to be the most popular of all time.

Orders have been received from right across the UK and around the globe with Wigan fans from as far away as Canada and Australia desperate to get their hands on the new kit. The new home shirt has been so sought after that it has now sold out of most sizes. The innovative new Academy kit and recently launched away kit are also proving incredibly popular but stock remains in all adult sizes from Small to 6XL and junior sizes from 3YXS to YXS.

Sales Director Geoff Warburton commented: "Erreà and the Club have worked tirelessly to meet demand and whilst hindsight is a really powerful tool we simply could not predict that we would sell more shirts in one week than our previous most popular shirt sold in a month.

"When we released images of the kit we knew it would be popular and on monitoring the initial response we upped production and ordered more shirts for pre-Christmas delivery than ever before. We also received additional deliveries to those that were initially planned; however, the demand from the fans has been incredible.

"As we have previously said we launched later than we would have liked, but we did this because fans have urged us over recent years to produce a complete shirt rather than one with patches added later. We are delighted with the final product and are positive that this is one of the reasons why the new shirt has proven so popular. We pulled out all the stops to have as many kits with us ahead of Christmas and have sold thousands to Warriors fans around the world. The only items we hoped to deliver but have been unable to are the women's and babies' kits and for that we sincerely apologise."

Another delivery of Away Shirts has been received today, the final delivery before Christmas, and new deliveries of all kits are expected in the New Year.  Fans will be notified as always at wiganwarriors.com and on the Club's Official Twitter and Facebook accounts.