Your Favourite Moments of 2014 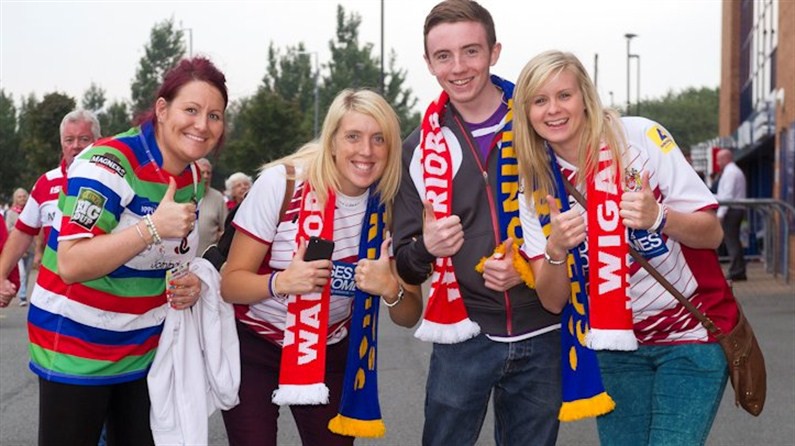 Last week we asked Wigan fans to share some of their favourite moments of the 2014 Season.

We were inundated with responses via the official website and social media. Here are some of our favourite responses via Twitter along with the accompanying pictures in the gallery below;

James Whyte ‏@JamesWhyte8
@WiganWarriorsRL Warriors together away in France for the Catalan away game. #FavouriteMoment

Matthew Roberts ‏@IWFICON
@WiganWarriorsRL meeting this man in Sydney. Shame about the result but trip of a lifetime #favouritemoment

Mr B ‏@tonebri
Got to be Langtree Park in the Easter Sunshine, wasn't expecting that win. @WiganWarriorsRL #favouritemoment

Look out for our Season Ticket prize winner next week and search the hastag #FavouriteMoments on Twitter for some of our favourite images of the season.

Don't forget you can experience all of the thrills and spills of the new season with a Warriors 2015 Season Ticket which will include all of the Warriors home matches during the regular season and Super 8's stage. As well as more games than last season, ticket packages also include popular benefits such as discount on the popular new replica shirts, Magic Weekend tickets and the 2015 Grand Final, plus lots more.

Season Tickets can be purchased by visiting the DW Stadium Ticket Office in person (Monday-Friday 9am-5pm or Saturday 9am-12noon), via Warriors E-Tickets via by [clicking here] or by phoning the Ticket Hotline on 0871 66-33-552.