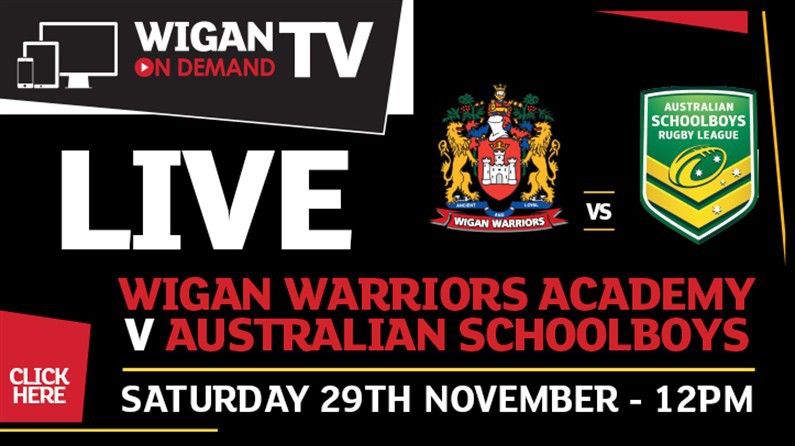 The Wigan Warriors Academy game with the Australian Schoolboys this Saturday will be broadcast live on Wigan TV.

Matty Peet's championship winning side will come up against the finest talent in Australia at Orrell and subscribers can catch the action from kick off at 12:00pm.

Video Production Manager Stewart Frodsham said: "We are delighted to be working with our broadcast streaming partners to give subscribers this unique opportunity to watch the Warriors Academy live.

"Kevin Riley will be on the commentary along with guest summariser and First Team Assistant Coach John Winder to talk viewers through the action in what is sure to be a top quality game of rugby league. Having previously been Head of Youth John will be able to offer a unique insight into the team and give an expert opinion on the game.

"2015 is set to be the best year yet for Wigan TV with a host of friendlies broadcast live, more behind the scenes footage than ever before and full Wigan Warriors first team games uploaded after each round."