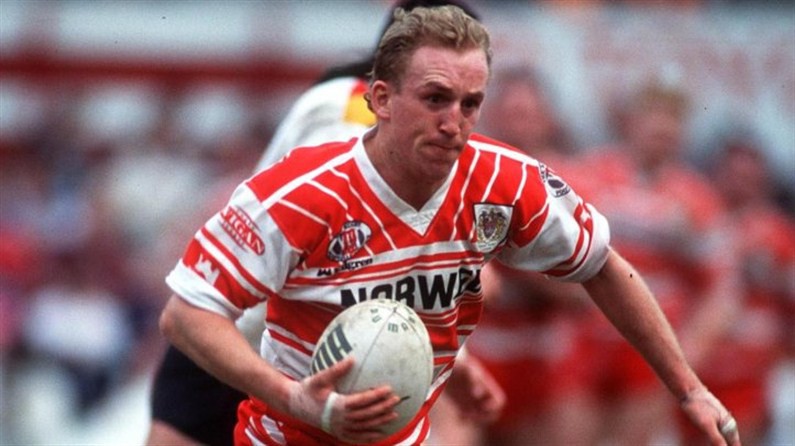 Wigan legend Shaun Edwards OBE is confident that Steve McNamara's young Four Nations squad has what it takes to beat Australia in Melbourne on Sunday.

The former Great Britain half-back and England captain has played against some of Australia's most famous players and believes Tim Sheens' side will be fired up to beat England this weekend after losing to New Zealand last week - but not unbeatable.

"The England lads got the job done against Samoa and I was impressed with what I saw," said Edwards. "Playing in that heat and atmosphere in Brisbane is not easy, I've been there.

"In sport, things go in cycles and this young England side has been picked at the right time to be introduced to international Rugby League and to get them ready for the World Cup in 2017.

"The start of the game will be important against Australia on Sunday. It's quite strange playing them off the back of a rare defeat. They'll be highly motivated and looking to make up for what happened against the Kiwis.

"Matty Smith and Gareth Widdop played well against Samoa so our ball control and kicking game will need to be good if we are to stop them getting on a roll."

Edwards was part of the 1992 Great Britain tour of Papua New Guinea, Australia and New Zealand. The Lions won 13 out of the 17 games on that tour. One famous victory came against Australia in Melbourne where they won 33-10 in the second Test.

"The second game against Australia was my first ever start for Great Britain in a Test match," said Edwards. "I really needed surgery on my shoulder before flying out on tour but there was no way I was missing it, I was so focused.

"To keep the Aussies to 10 points in a Test match showed how strong our defence was that night. I had to keep a close eye on Allan Langer which was a hard job, he was a quality player.

"After coming on for the last 20 minutes of the first Test I realised then that this was a different level of Rugby League. The pain barrier you put your body through was unbelievable. Playing at international standard is the ultimate test.

"I remember towards the end of the game in Melbourne when we were kicking the ball back to Australia. I was stood next to Martin Offiah ready to chase them down and he just looked at me and asked if the scoreboard was correct! We weren't used to being that far in front against them."