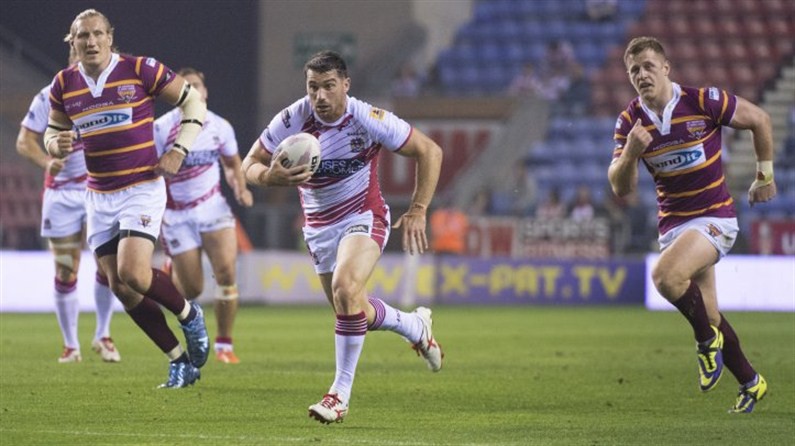 Wigan Scrum Half Matty Smith has admitted the team are treating it as two Grand Finals as they prepare to face Warrington Wolves in the play-off semi-final at the DW Stadium on Friday evening.

With the side just 80 minutes away from a potential return to Old Trafford, Matty said: "This next two weeks, they're both Grand Finals. We know it's going to be a tough game (against Warrington). They've probably caused us the most problems out of all the other teams, they're a great attacking side but I'm sure on our day we'll be up there ourselves. It's going to be a great game but hopefully we can get over the line and get to the Grand Final."

The two sides met just a couple of weeks ago with Wigan running out 24-20 winners in the league game. This game carries much greater meaning and Smith thinks the team need to improve: "Obviously for us it's the biggest game of the season so far. We had a great game against them a few weeks ago but we know ourselves that we need to be better. I think we've gradually got better each week over the last month, we're working hard in training this week. Hopefully we can have a good finish on Thursday with Captain's Run then go into the game confident and get the win."

The Warriors came from behind to record the recent win with Matty admitting the team wanted to improve on their openings to games: "We've talked a lot about our starts in big games, especially against Warrington as they come out of the blocks so fast and start pretty strong. We've got to start well and I think if we do that then we give ourselves a chance. Putting in an 80 minute performance is what wins Grand Finals and big games like this."

Pundits and players alike have lauded Matty's performances this season after the number seven helped steer the Warriors through an injury crisis earlier in the year to within one game of Super League's showpiece event.

An England call-up has been mentioned with Matty admitting: "I'm playing for that England place at the end of the year and Richie (Myler) is thinking about that squad also so hopefully I can get the better of him. Hopefully all of our players play better than their opposite numbers on the day and we can get the win and get to the Grand Final."

Tickets for the game start from just £7 for concessions and £14 for adults and are available online at Warriors E-Tickets, from the DW Stadium Ticket Office and Ticket Hotline on 0871 66 33 552.