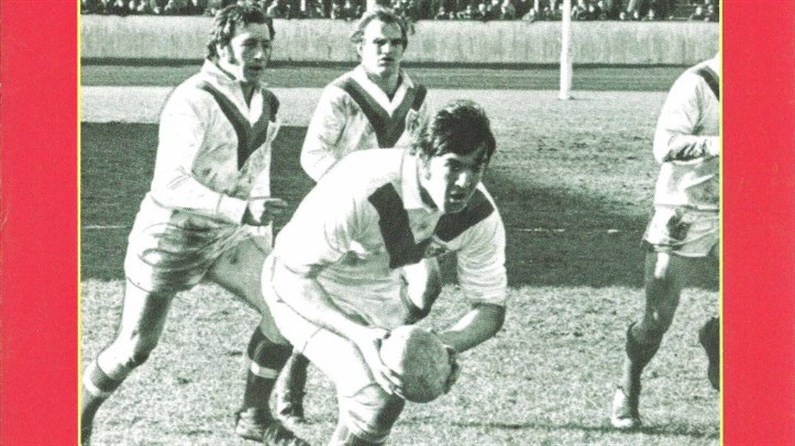 Former Wigan player Bill Ashurst and guests will be at the Riversiders meeting next Tuesday (7th October).

Ashurst, widely recognised as one of the outstanding second-row forwards in rugby league since the Second World War is launching his hard hitting autobiography which covers his full rugby league career and much more.

Bill Ashurst: Tries and Prayers - A Rugby League Journey, looks at Bill's playing and coaching year whilst charting his life growing up in Wigan up to becoming a Christian.

Bill's career was often controversial. His book pulls no punches as he looks back on a bitter defeat in the 1970 Challenge Cup Final; a record unbeaten run with Wigan; playing for Penrith and his relationship with Mike Stephenson; falling out with Vince Karalius and leaving Wigan for a second time; being assistant coach at Wigan with Alex Murphy; coaching at Wakefield Trinity and being sent off in his final playing appearance for Runcorn Highfield at Central Park.

Bill will be joined by a host of special guests on Tuesday 7th October including Andy Gregory, Alex Murphy, Jim Mills and Mike Nicholas.

Graham Lovett will compere the event at the DW Stadium, 7pm for a 7:30pm start.

To be published on 29 September 2014 @ £14.95. The book will be available at the event for £14.00, or can be ordered from the London League Publications Ltd website, www.llpshop.co.uk for £14.00 post free in the UK. It will also be available from the Wigan Warriors club shop, Waterstones Wigan, all good bookshops and Amazon.co.uk

An E-Book version will be available for Kindle readers on Amazon.