Wane and Radlinski Help Out at Food Bank 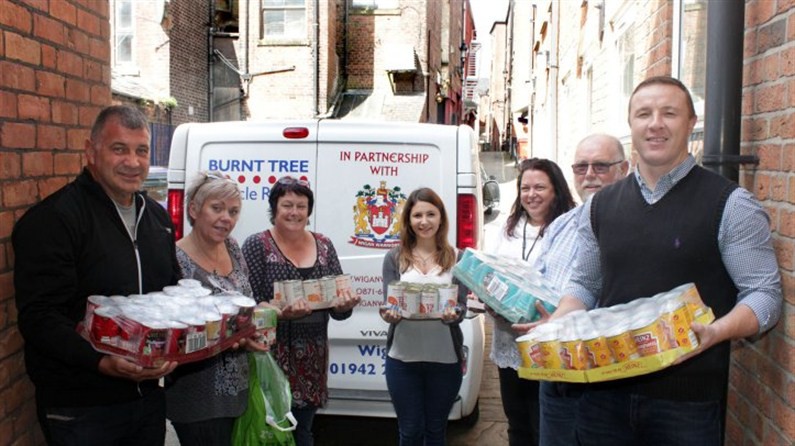 Wigan Warriors delivered a huge boost to a local food bank earlier this week as the club makes final preparations to unveil ‘Some'tin Amazing' at ‘The Big One' against Leeds Rhinos on Friday 5th September.

Warriors Head Coach Shaun Wane along with Rugby Manager Kris Radlinski, lent a hand at The Brick Project, on Arcade Street in Wigan, by delivering a kit-van full of tinned food to help restock the organisation's depleted shelves.

The food bank serves some of Wigan's most vulnerable people, with up to 150 food parcels distributed each week, demand is constantly rising.

The tins will be added to the thousands of donations from local people and businesses to help construct an 8ft high Super League trophy made from tinned food, which will be revealed ahead of the Warrior's penultimate game on the 5th September. It is hoped that the finished trophy will help to raise awareness and encourage fans to support food banks in their local area.

The initiative is being led by the charitable arm of Wigan's main shirt sponsors, The Houses for Homes Foundation as part of their commitment to building stronger communities and developing meaningful partnerships with local organisations.