Warriors Go Down To Inspired Vikings 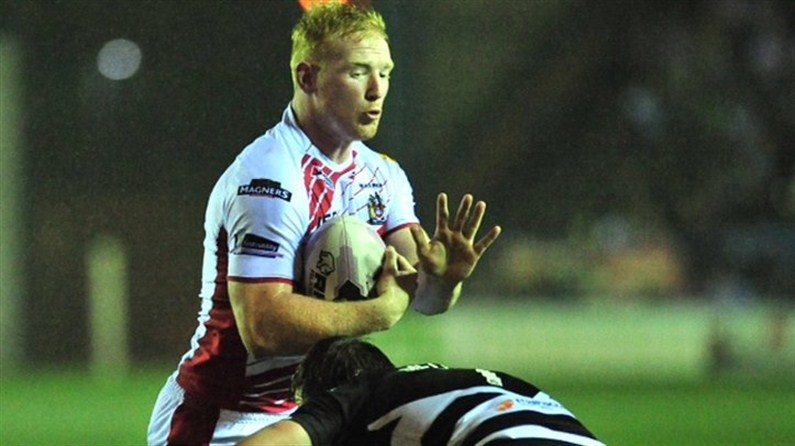 Result from the Select Security Stadium - 8:00pm kick off

Wigan Warriors went down 24-10 to an inspired Widnes Vikings side at the Select Security Stadium. Awful weather conditions and a high penalty count ensured the Warriors could not prevent defeat.

Shaun Wane made four changes to the starting line up from the Hull Kingston Rovers game, with Michael McIlorum and Iain Thornley returning after lengthy spells on the sidelines whilst John Bateman and Gil Dudson also returned. Jamie Doran made his second appearance of the season from the bench.

The Warriors were up against it early on as the hosts scored first in the 7th minute, they broke on the left hand side and despite Patrick Ah Van being bundled into touch, Widnes won the ball back and Ah Van barged over to score in the corner. Former Warrior Danny Tickle converted to make it 6-0 to the Vikings.

Danny Tickle edged the Vikings further in front minutes later as referee Phil Bentham gave two penalties in succession and Danny Tickle took the two on offer near the posts to make it 8-0. The lead was extended further in the 12th minute, as Paddy Flynn eventually scored in the corner from another penalty, Tickle converted once again to make it 14-0 to Widnes.

The Warriors brilliantly defended the next set in the 15th minute, to receive the ball back for the first time in almost ten minutes. Liam Farrell then broke through the line but Wigan could not get over for the score, the Warriors however were gradually starting to get a foothold in the game now.

The Cherry and Whites showed fantastic character to defend another Widnes attack close to their own try line, with referee Phil Bentham deeming a Vikings infringement at the end of the set, so the Warriors cleared their line.

Wigan used this field position brilliantly in the 30th minute, as Dominic Manfredi scored in the corner from quick hands across the Warriors backline, Matty Smith could not kick the difficult conversion, so the score stayed at 14-4.

The Warriors fight back was well and truly on the cards now, as more outstanding Wigan defence gained another penalty, and Josh Charnley leapt to catch the high kick by Blake Green to score in the corner. Matty Smith produced an amazing kick to add the extra two, and make it 14-10 with six minutes to the break.

The Cherry and Whites were on a roll now and they were only inches from posting another score, with winger Josh Charnley eventually held up as the half time hooter sounded to leave the score at 14-10.

The hosts were first to score after the break, as Patrick Ah Van touched down from a grubber kick in the 43rd minute. The try looked controversial however as it appeared that the winger pushed a Warriors defender out of the way before scoring, but referee Bentham deemed it was legal. Tickle converted to make it 20-10.

Tensions rose in the 52nd minute as Liam Farrell was deemed to have tackled the Widnes kicker Joe Mellor late, so Phil Bentham produced the yellow card to leave the Warriors a man down.

The official gave the Vikings another penalty close to the Wigan try line a few minutes later, and Tickle again kicked the two more to make it 22-10.

Widnes gained their eleventh penalty in the 59th minute, with Danny Tickle once again successfully kicking from forty metres out, giving the home side a 24-10 lead.

The thumping rain was making conditions tough now with both sides spilling the ball on numerous occasions.

The Warriors were valiantly trying to replicate their grand stand finish at Hull Kingston Rovers a fortnight ago, but the weather was making it an all but impossible task.

Wigan produced magnificent goal line defence, not for the first time in the last five minutes, but could not put their brilliant attacking game in response because of the conditions, the full time siren sounded with the result 24-10 to the Vikings.