Warriors Warm Up For Hospice 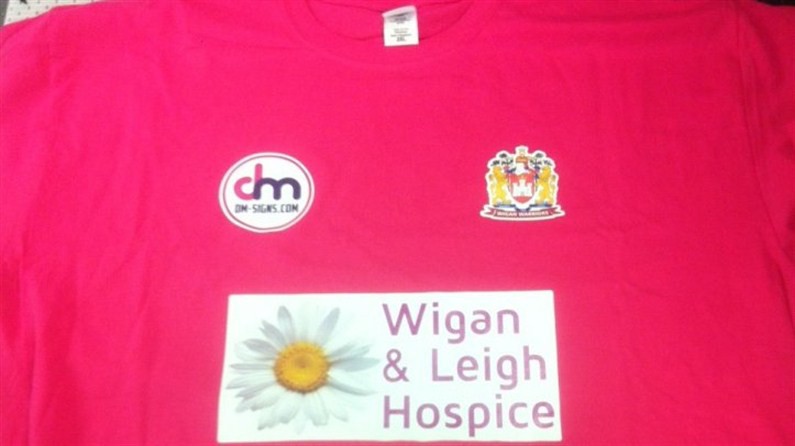 Wigan Warriors first team players will wear limited edition t-shirts during their warm up tonight ahead of the game against Salford Red Devils.

The t-shirts are in support of Wigan and Leigh Hospice, with the game being dedicated to the Hospice.

Joel Tomkins, set to make his second debut tonight for the Warriors tonight, said: "As Wigan players we are always happy to do what we can to help raise the profile and raise funds for local charities in particular Wigan and Leigh Hospice."

The commemorative t-shirts worn by the players are to be auctioned off with all proceeds donated to the Hospice. Details of how supporters can bid for these special shirts will be confirmed after the Salford Red Devils game.

Before the game a new partnership between Wigan Warriors Community Foundation and Wigan and Leigh Hospice called Hospice Warriors will also be formally announced.

The new partnership will see Wigan Warriors Community Foundation and Wigan and Leigh Hospice combine to help raise funds for the local community.

Joel said: "The Hospice Warriors partnership is a brilliant idea and hopefully these limited edition shirts will help get the ball rolling for us as we look to raise a lot of money for these two great organisations."