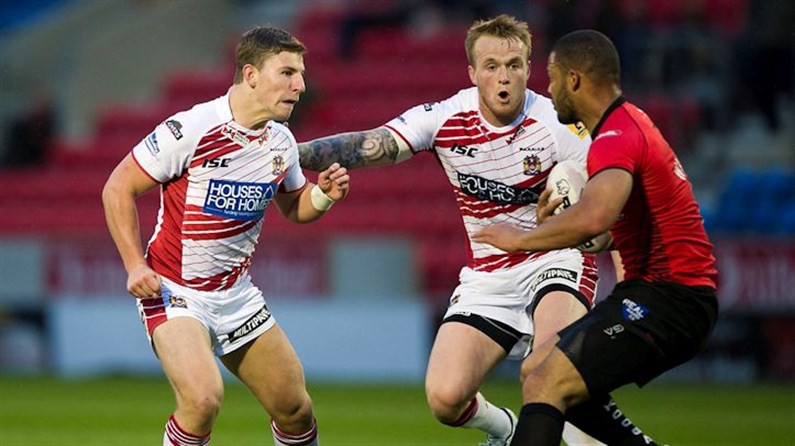 Former Wigan Warriors assistant Coach Iestyn Harris brings his Salford Red Devils side to the DW Stadium tonight having won three of their last five games as they look to sneak into the end of season Play Offs.

The teams have met 34 times in Super League, with Wigan winning 30 and Salford the other 4. The Warriors have won their last five competitive meetings against Salford, scoring 191 points in the process.

Thursday's game will be the second meeting between the two sides this season after Wigan cruised to a 25-4 victory at the AJ Bell Stadium back in May, with winger Joe Burgess scoring a brace of tries.

Both sides come into the game on the back of defeats last weekend. A win for the Warriors would see them retake second place in the First Utility Super League.

The Warriors welcome back Joel Tomkins into the squad for the first time since returning from Saracens RU, in what will be his second debut for the Club if selected. Anthony Gelling returns to the squad after being rested for the Bradford game, he replaces Darrell Goulding who picked up a knock on his knee at the Provident Stadium. Gil Dudson is also named in the squad after completing his three match suspension.

New Zealand full back Kevin Locke has recovered from the injury sustained last Friday to take his place in the Salford Red Devils squad, so Coach Iestyn Harris has named an unchanged nineteen for the trip to the DW Stadium.

- Wigan have scored the most tries in SL this season (130) with St Helens second (127). In comparison Salford have scored 87.

- Wigan have missed the least amount of tackles this season (459)

- Wigan have kicked 4 drop goals this season, more than any other team. All four have come from the boot of Matty Smith.

Try scorers this season (*SL Only)