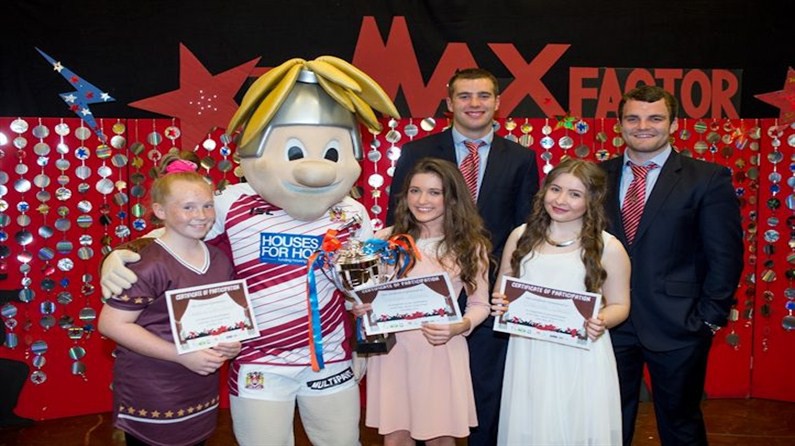 A magical night of live performances took place at Wigan Warriors' Central Park headquarters, where 18 acts from across the Wigan Borough took part in the Grand Final of ‘The Max Factor' community talent show.

Once again the Judges, including Wigan Warriors players Greg Burke and Iain Thornley, had a really difficult job of picking a winner as the standard was so high. The event was attended by over 200 people who were treated to a range of musical acts.

The night saw a special performance from highly acclaimed local singer Lauren Waterworth who opened the show and acted as a judge on the night.

"Wigan Warriors are proud to be involved and host such a wonderful event full of local talented people.

"Personally I have been overwhelmed by the number and standard of the contestants, it has been a pleasure from start to finish and much credit must go to all the partners and volunteers in making the event a success"

Georgia Bithell (pictured below) was eventually crowned as The Max factor overall winner. Georgia who attends St. John Fisher High School performed the song ‘On My Own' from musical ‘Les Miserables'. Georgia will now perform at the Wigan Vs St.Helens Super League match in June.

"The success of this project is down to all of the partners working together to ensure that people from the Wigan Borough can show off their talents in a really supportive environment.

The project also included 3 evenings of auditions and 2 evenings of semi-finals with over 70 acts taking part. The range of acts included singers, guitarists, pianists, magicians, comedians, dance acts and drummers.