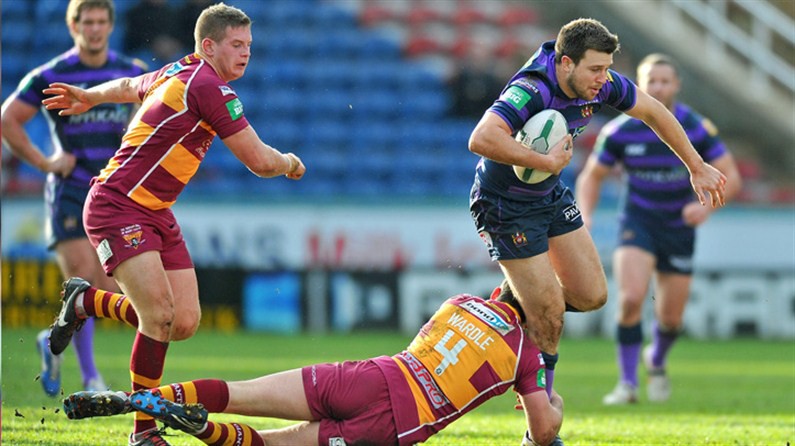 Wigan Warriors travel to the John Smiths Stadium to take on Huddersfield Giants at 8pm tonight.

The Super League Champions will be looking for revenge for the 24-8 defeat incflicted on them by the Giants in the opening game of the season while the Yorkshire side will want to bounce back from last weeks loss to St Helens.

"There is a bit of that second-season syndrome but they are still a good team.

"I watched the St Helens game and they still threw it about a bit. St Helens had a bit of luck as well and I don't think the score reflected the game.

"They have still got some really good players and they can turn it on at any one time.

"They will be hurting after that performance but I imagine Paul Anderson will get into them.

"It is going to be a hectic start to the game but we will be ready for them.

"We have trained well this week and are expecting a good performance."

Meanwhile Giants coach Paul Anderson suggested he is to make changes and is demanding improvement from his side following their loss to the Saints.

"We have been really honest. We were poor and we have got to look to respond. We were shocking and have got to get better.

"We came up against a team that was very committed and energetic and we weren't.

"I feel we have got to be aggressive, energetic and nasty in a lot of things we do, rather than nice.

"That is what we have to be and our team will reflect that."

Head to Head (Courtesy of In Touch)

Tickets and official coach travel are available via the DW Stadium ticket office until 3pm today subject to availability.

Hudderfield Giants vs Wigan Warriors will also be live on Sky Sports 1 and BBC Radio 5 Live Sports Extra from 7.30pm