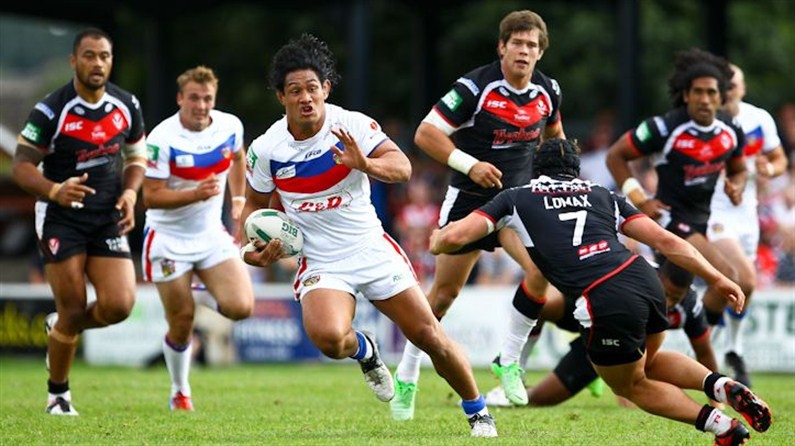 The giant Samoan forward will join the Warriors at the end of the current season on a 3 year deal. Tautai, 26, impressed Club Officials with a series of strong performances early in the season, especially against the Warriors at the DW Stadium in March.

Tautai who weighs in at 17st 5lb and stands 6ft 3in tall has played 72 times in the NRL for Parramatta Eels and Cronulla Sharks and will link up with his new Wigan teammates in November, when pre-season training begins.

"I am absolutely delighted to have secured the services of Taulima. He will fit perfectly into our system and makes our squad even stronger with his aggressive running style and his attitude to defend, which is just the way I like it. I'm sure our fans will also love Taulima's style, whilst he is a great guy off the field and will fit straight into our group".

"I am excited for the opportunity of becoming a Wigan Warrior in 2015. I am looking forward to improving as a player and growing as part of their Team. I am very impressed with Wigan and feel that this is the right step forward for me in my life and career.

"Although I am grateful for this move I would not be in this position if it wasn't for Richard Agar believing in me and giving me my first chance in Super League. My focus for the rest of the 2014 season will be to return from injury and put my energy into the success of my current team, Wakefield Wildcats".

[Click Here] to watch an exclusive interview with Shaun Wane talking about the news signing on Wigan TV.