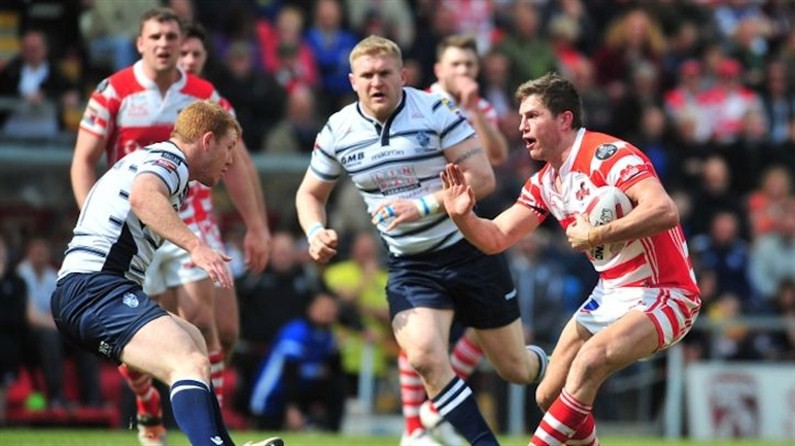 As the Warriors progressed in the Tetley's Challenge Cup, Wigan loanees at Salford Red Devils and Leigh Centurions looked joined them in the quarter final draw over the weekend.

Forward Sam Hopkins (pictured - background left) featured for the Centurions in their 26-16 win over fellow Championship side Featherstone, as they earned an away tie against Leeds Rhinos.

Logan Tomkins and Salford couldn't join the Warriors and Centurions in the hat as the went down 30-20 to Widnes Vikings.

Elsewhere, Chris Taylor again featured on loan for Whitehaven as they suffered a 34-0 defeat to North Wales Crusaders.