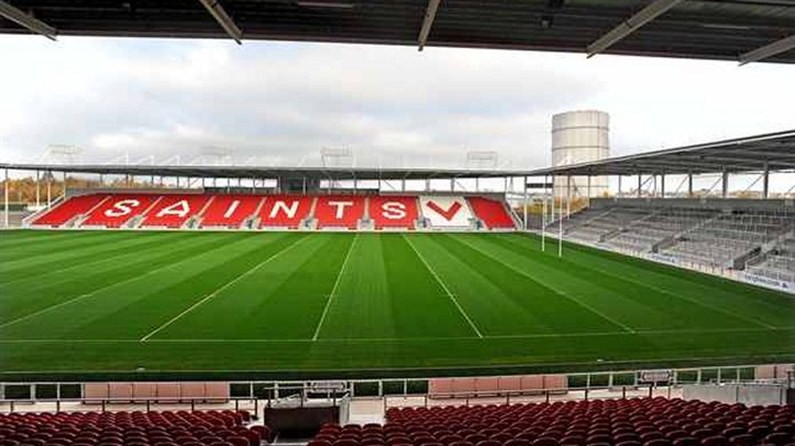 Wigan Warriors have today received an initial allocation of 1,550 terracing and 250 unreserved seated East Stand tickets for the First Utility Super League Round 9 fixture with St Helens to be played on Friday 18th April 2014 at Langtree Park (12.15 kick off).

In the event of any match tickets remaining, they will go on general sale from 9am on Friday 11th April 2014.

Junior (Under 16) seasonal members are entitled to a free terracing ticket for this fixture in exchange of the relevant voucher from the 2014 Junior Voucher Booklet. These tickets must be claimed in advance (one free ticket per seasonal membership) and any under 16's Seasonal Members without their Junior Voucher booklet can collect at the same time as redeeming their ticket.

Coach travel is also available via the DW Stadium Ticket Office for this fixture, costing £9 for concessions, adult seasonal members and Loyal 18 members and £10 for adult non-members. Departure times are to be confirmed.

Subject to availability, these tickets will be on sale online until 4.30pm on Monday 14th April 2014 and through the DW Stadium Ticket Office until 1pm on Thursday 17th April 2014.

Tickets can be purchased from the DW Stadium Ticket Office, by calling the Hotline on 0871 66 33 552 (calls cost 10p per minute from a BT landline, other operators may vary) and online click here