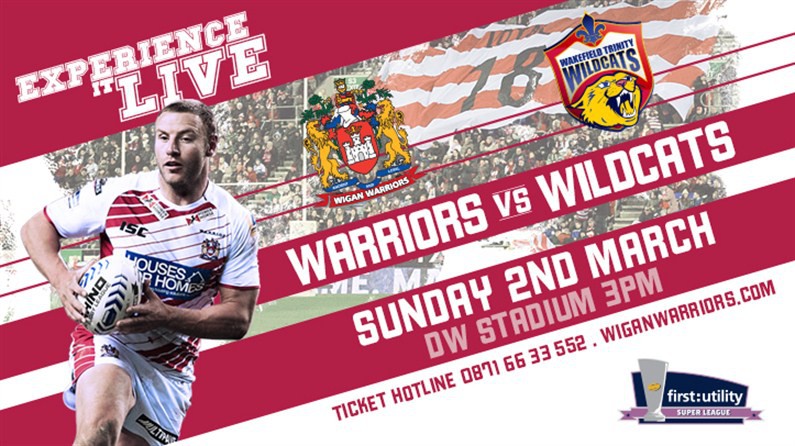 After the disappointment of losing the World Club Challenge, Wigan Warriors now switch their attentions back to the First Utility Super League and Sunday's home clash against the Wakefield Trinity Wildcats, 3pm kick off.

Wakefield have lost their first two games of the new season losing at Salford Red Devils 18-14 in Round One and at home to Bradford Bulls last Thursday in their Round 2 clash,10-23.

Wigan will be without the suspended Eddy Pettybourne for the game, the American International taking an early guilty plea and a one game ban following a Grade B offence against Kenny-Dowall in last Saturday's game in Sydney, Sam Powell is also likely to miss out through injury. The Wildcats have Centre Dean Collis also out through suspension with a two game ban.

The Warriors returned to the UK on Monday and training today to start their preparations for the visit of Richard Agar's men. Head Coach Shaun Wane has hinted in this week's Wigan Observer that some who played in Sydney will miss out,

"We'll give a few players a rest, that was always the plan.

"We'll put a few of the fringe players in there, that's why we've got a big squad, to deal with situations like this.

"But that doesn't mean I don't expect us to perform. We all train together as a squad."

Wigan will confirm their 19 for the game on Friday and will have their usual team run on Saturday ahead of the Roses Battle.