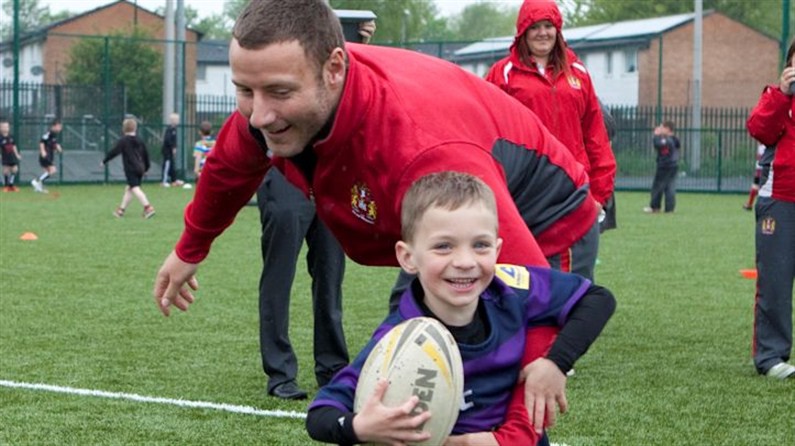 With February half term closing in, the Wigan Warriors Community Foundation are once again delighted to announce the dates for their first camp of 2014.

The 2-day camp, based at the Warriors training centre at Central Park, will see the Warriors Foundation team joined by Wigan Warriors superstars, as the players share their pre-season secrets and test your skills in preparation for the new season and World Club Challenge.

The 2-day camp will take place over Tuesday the 18th and Wednesday the 19th of February, at Central Park, 9-3PM, open to all children aged between 4-14yrs.

The camp will cost £35 for the two days and the children will get the opportunity to be coached by the Warriors players and coaching team, whilst also being in the presence of the prestigious 1994 World Club Challenge Cup trophy that Wigan won the last time they ventured over to take on the Australian champions.

This will be a great experience for players of all ages and ability as the children will be split into the relevant age groups and given the opportunity to question and experience the techniques and skills shown by the Warriors players in a fun and enjoyable environment.

For further information regarding the ‘World Club Challenge Camp' contact Amanda Wilkinson at a.wilkinson@wiganwarriors.com or book onto the camp via the DW Stadium Ticket Office or via the ticket hotline on 08716633552.