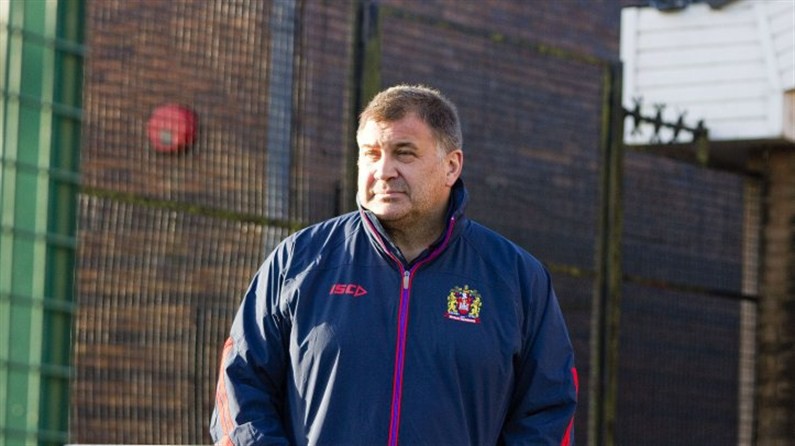 Wigan Warriors play their final pre-season game this Friday at St Helens in James Roby's Testimonial fixture, the game at Langtree Park has an 8pm kick off.

Wigan will take a strong First Team Squad to the game which includes new signings Matty Bowen, Eddy Pettybourne, Tony Clubb and Jordan James who are all to make their Warriors debuts, Head Coach Shaun Wane has named a 23 man squad for the clash. Shaun told us,

"I am picking a strong squad for the game, I won't finish off with my best team but I want to see signs of how we will play, is everything fitting in, how Matty Bowen and Eddy Pettybourne fit into how we play, there are loads of different things we want to get out of this game.

"This is a massively important fixture going into the Huddersfield game the week after and then we are looking at a team for Sydney and the World Club Challenge, all the players know these are huge games.

"It will be the debuts of Matty, Eddy and Tony, it should have been their second games but that is just the way it is. It is a huge game at Saints for everyone. I want to see signs this weekend that everything is running right. There is no real friendly against St Helens and they will feel the same. I want a good performance and then go into the Huddersfield game very confident."

Shaun was also asked about James Roby whose Testimonial fixture it is, he added,

"James is a great player and a great man off the field. I am glad we can go there and play this game for him and at the end of the day from a selfish point of view there are things I want to see from the game. There should be alot of Wiganers there which has a great knock on effect and hopefully it will be a good night for us."

The game comes just seven days ahead of the season opener against Huddersfield Giants at the DW Stadium and Shaun admitted he was now ready for the new campaign,

"We are in a good training mode and things are clicking into place and I am looking forward to the new season."

Tickets for the game are onsale at the DW Stadium Ticket Office until 4pm on Friday and fans can also purchase tickets at Langtree Park ahead of kick off.