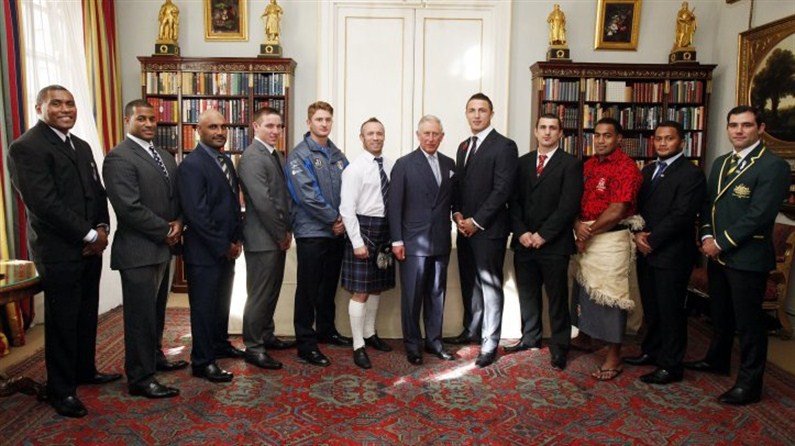 Players and representatives from all 14 nations competing in Rugby League World Cup 2013 (RLWC2013) gained royal support this week as they met with His Royal Highness The Prince of Wales at Clarence House.

RLWC2013 will be only the eighth major sporting world cup ever to be held in the UK. Following on from the huge success of London 2012 this is the global sporting event of 2013 and will see 14 nations including reigning champions New Zealand along with co-hosts England and Wales; Australia, Scotland, Ireland, Fiji, Tonga, Italy, USA, Cook Islands, France, Samoa and Papua New Guinea compete for the RLWC2013 trophy.