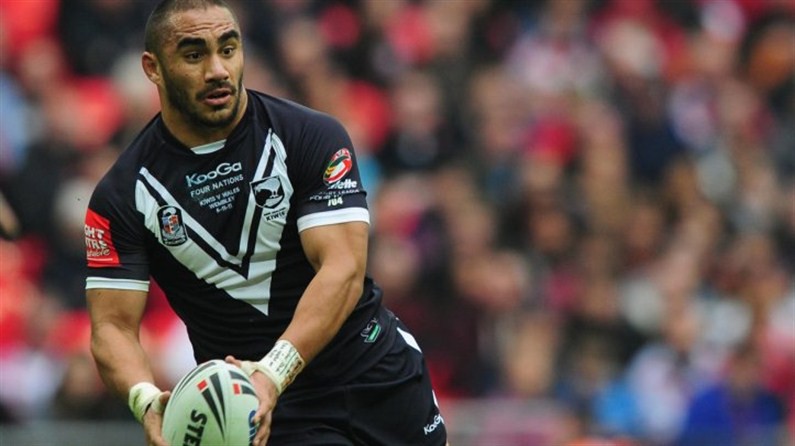 Former Wigan scrum-half Thomas Leuluai looks set to win his 31st cap for New Zealand against France in Avignon on Friday as the World Cup holders look to book their place in the quarter-finals.

The 28-year-old, who can also play stand-off and hooker, missed the Kiwis' warm-up match against the Cook Islands and Sunday's opening group B match against Samoa with a groin injury but is now fit and was among the squad as they flew out of Liverpool to Nice on Monday morning.

New Zealand coach Stephen Kearney had his first-choice half-back pairing of Kieran Foran and Shaun Johnson and regular hooker Issac Luke in action in their 42-24 win over the Samoans at Warrington but plans to give all 24 members of his squad a run-out before the quarter-finals.

The Kiwis play the French in Avignon before meeting Papua New Guinea in Leeds on Friday week and Leuluai, one of five survivors from their 2008 World Cup-winning team, will get a chance to play himself into contention for a place on the bench ahead of the knock-out stages.

"He could possibly have played on Sunday but he'll be a definite starter either on Friday or next week.

"We have the luxury in having the personnel that we do in the halves area in Shaun and Kieran and obviously Thomas plays through the halves and dummy half. We'll see what best fits the game on Friday and make a decision from there."