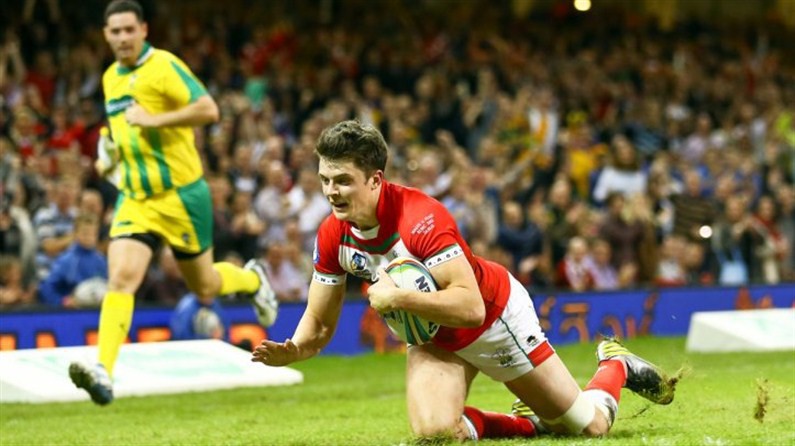 Wales will be looking to bounce back in their next group game against the USA in Wrexham next Sunday as Iestyn Harris's team look to keep their World Cup hopes alive following their 32-16 to Italy in Cardiff on Saturdau.

Tries from Ben Evans, Rhodri Lloyd and Elliot Kear, along with two goals from Lloyd White, had put Iestyn Harris' men into a 16-14 lead early in the second half but it lasted barely two minutes as Italy's star-studded NRL threequarter line began to demonstrate their class.

Aiden Guerra, who was a tryscorer in Sydney Roosters' recent Grand-Final win over Manly, had scored twice in the first half and he worked his winger Chris Centrone over for the match-clincher while Newcastle Knights winger Josh Mantellato both scored and created a try in a man-of-the-match performance.

"I'm devastated to be honest. At times got into the grind but we didn't stay in it for 80 minutes.

"We need to move on from that drastically now. We've got a big game coming up next week (against United States). We know they've got a few good players in their team who can cause a bit of damage.

"We're still in contention to make the quarters. We're not a side that lies down."