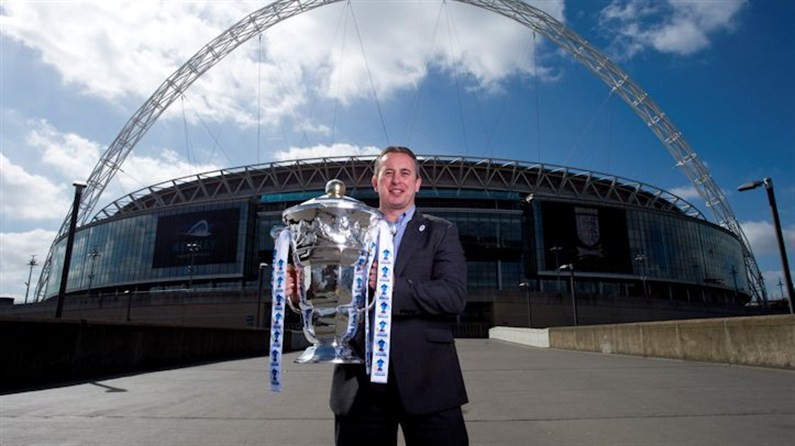 England face the Kangaroos as part of a thrilling double-header which follows a must-see opening ceremony beneath the stadium's closed roof and concludes with Wales v Italy in the second match of the day at 4.30pm.

And despite falling to a shock defeat by Italy in a warm-up fixture at Salford last Saturday, McNamara is confident England are ready to take on the tournament favourites in Saturday's showcase event.

"We are looking forward to Saturday, certainly we are very determined," said McNamara. "The World Cup has been a long time coming around but we are prepared now, despite a little blip at the weekend which has probably made us a little more focused.

"Coming back from South Africa, we were disappointed with our performance against Italy and the players have seen the reaction to it. It has really focused us on that first game at the Millennium Stadium against Australia. If it was not real beforehand, then it is definitely real now.

"We have had a plan for a long period of time, we just did not execute that plan to our best last week against Italy.

"There is no panic. We never get overexcited when things go well and we never get too down when they don't. We know what we need to fix ahead of Saturday."

McNamara and his squad have trained hard and prepared well this week since the squad assembled at their base at Loughborough University on Monday.

McNamara believes that the Loughborough camp's ability to make his players feel at home will help with their performances ahead of what will be a day to remember featuring a dazzling opening ceremony and the kick-off of the world's biggest sporting event since last year's London Olympic and Paralympic Games.

"Loughborough has been our home for two or three years now and it feels like home when we come," said McNamara. "It feels like it is ours and certainly, it has given us a lot of identity.

"We like it when we come here, it is England's training venue, and it helps for the overall feel within the group.

"The players will generally get a couple of nights per week at home during the tournament as well, which is a bit of a luxury and that is a benefit of being based in England. Hopefully we will use that to our advantage.

"I hope we can get the nation behind us - it was 1972 since we last won the World Cup. For a couple of generations we have not seen success. I think for us as a sport it will do us a power of good and I think it is about time we won it."