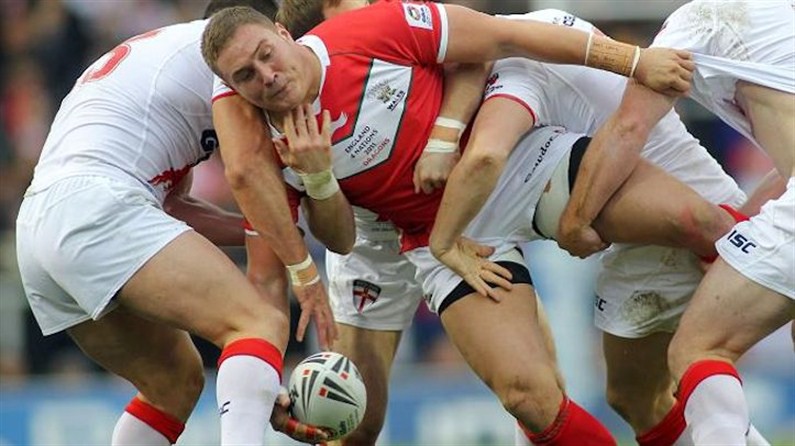 Wales are continuing their preparations for Saturday's World Cup opener against Italy in Cardiff and Warriors Prop Gil Dudson has told the Official Wales Rugby League website he said he is excited about the start of the Tournament,

"Preparations here with Wales have been going really well. We've had a good first week, the boys have really ripped into training and everyone has bought in to what we're trying to achieve. We just can't wait to start now.

"The squad is pretty familiar as we've had a good few years together now. Every boy dreams of playing in a World Cup so I'm really excited to play in one for Wales on home soil. It will cap off an amazing season and I couldn't have asked for anything better."

Coached by Wigan Assistant Iestyn Harris with fellow Wigan players Ben Flower and Rhodri Lloyd in the team, Gil admitted there is good feeling of togetherness and familiarity in the Welsh camp,

"A lot of the players in the squad have come through together and have been around since 2008. The core group has been together for around five years now so we all know what it's about.

"We've got some added experience and quality players going into the World Cup and we are hoping to achieve something. We're in quite a tough group so we know the challenge that's facing us."

Wales v Italy kicks off at 4.30pm at the Millennium Stadium in Cardiff and is part two of the opening World Cup double header as England play Australia beforehand at 2.30pm with an exciting opening ceremony from 1.30pm. Tickets are still available for the game at www.rlwc2013.com