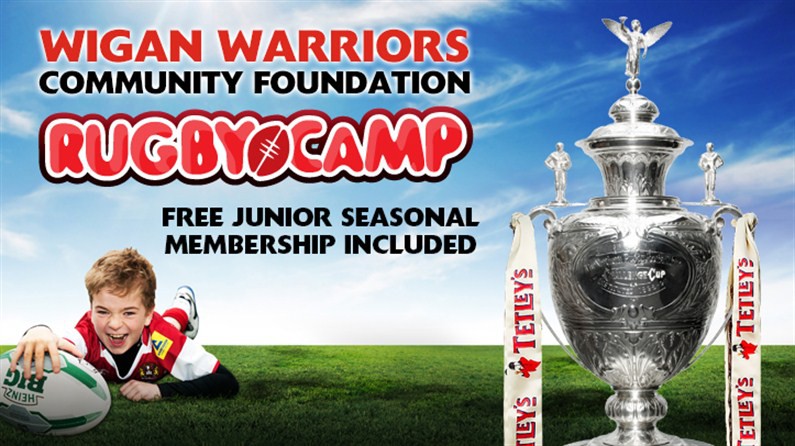 The Wigan Warriors Community Foundation are delighted to announce details of their latest Rugby Camp which will include a 2014 Junior Seasonal Membership.

This year's Wigan Warriors Community Foundation Rugby Camps have been bigger and better than ever before. The Foundation will be delivering their October half-term camp along with a Junior Seasonal Membership included in the cost. With the opportunity to learn ‘The Wigan Way' from the Warriors Foundation coaches, a FREE 2014 Junior Seasonal Membership, and the chance to lift the Challenge Cup, this is not to be missed.

Tuesday 29th to Wednesday 30th October between 9am and 3pm at Central Park on Montrose Avenue. The camp is aimed at kids aged 4-14 years and will be just £35 to attend.