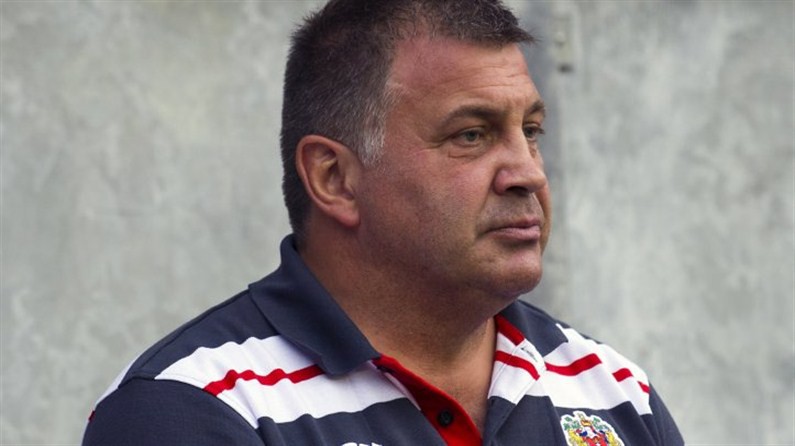 A young Warriors side with an average age of just over 21 were narrowly defeated 33-34 by Hull FC by two late Daniel Holdsworth drop goals at the DW Stadium on Friday night.

In a game which Wigan deserved something from Head Coach Shaun Wane admitted in the post match press conference that he was proud of his young team's efforts but devastated they had come away with nothing, he said,

"They did me proud, I am very pleased with the performance from the young kids and the senior players that figured were outstanding, everyone's attitude was superb.

"I thought a draw would have been a fair result, they are a good team and I think a point apiece may have been about right, but if we had sneaked it no-one really could have moaned. We did some great things.

"In the morning when I wake up I will be pleased (despite the loss) and I need to give credit to John Winder, Matty Peet,our junior staff who have brought these kids through and the Scouts. I have the easy job of just picking them. For us as a Club it is a great plus, this is a moral victory for our kids today."

"We needed to do what we did today with injuries and last week took so much out of us and it would have been a perfect week if we had got the win."

Andy Powell scored his first try for the Club with a storming effort, on that Shaun commented,

"I thought he ran hard and I was pleased he got a try. He defended tough, he is big man and an asset. It might be next year before he grabs the position but he will be a great middle for us."

Post match the press also mentioned about the official clock being stopped when the game was in play and that it may have been the case that the second half had ran longer than the 40 minutes, on that Shaun said,

"It has been mentioned and our clock was a couple of minutes over the one in the Stadium. I will have a look, on the sidelines we got dismissed with it, but I will be checking."