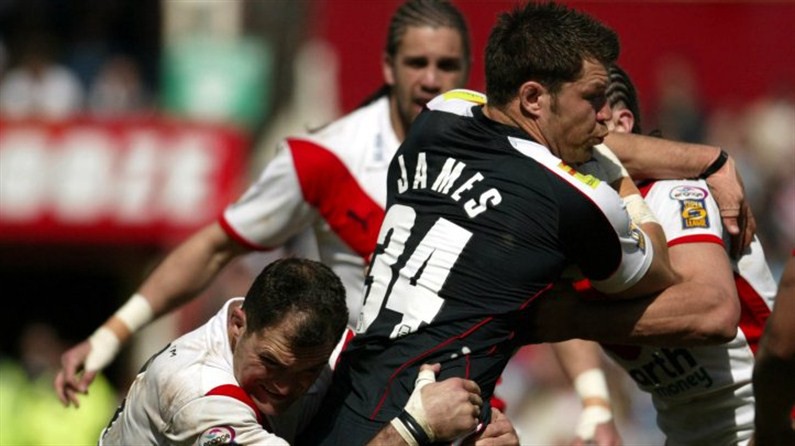 Wigan Warriors announce that former player Jordan James will join the Club's Coaching Staff and work under the guidance of Wales Head of Youth, Dave Clark down in South Wales. Jordan is currently completing his player contract with Salford City Reds and has been a regular Welsh Rugby League International.

The Warriors are keen to expand their coaching network in the Principality and believe that Jordan has the profile and the work ethic to develop more and more young Welsh players of the future.

Jordan will spend the next few months understanding the ‘Wigan Way' whilst finishing his current playing contract with Salford. He will then move to Wales full-time after completing his commitments with Wales in this years' World Cup.

"Jordan has been an integral part of Wales Rugby League on the field for the last decade and to now have Jordan sharing his experiences and knowledge to the younger generation of Wales in a coaching capacity is very pleasing."

"Wigan is a massive Club and to be offered a chance to work for them was an easy decision to make. They are the best and what they do and to learn under their coaching structure as an aspiring Coach is the best opportunity you can possibly have.

"I'm looking forward to learning all the key attributes and high values and professionalism that Wigan are so famously known for, and using my experience and playing career to help develop some possible Wigan stars of the future."

Wigan would like to thank Salford Coach Brian Noble for allowing Jordan to explore this path and plan for the next stage of his career.