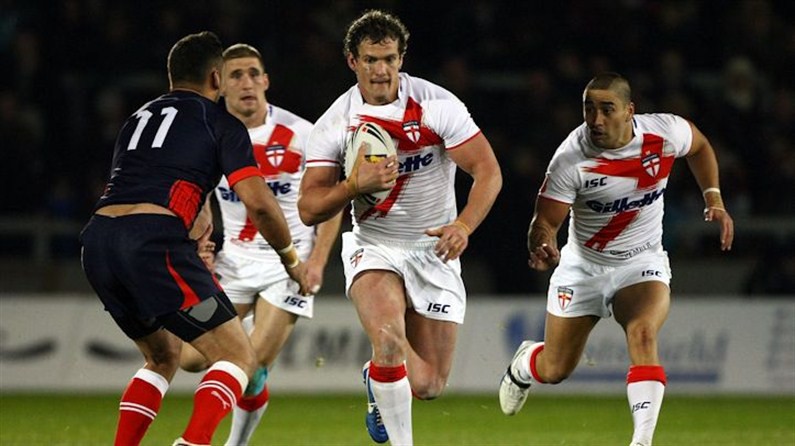 Following their handsome victory over London Broncos on Saturday, the Warriors will march on Wembley once more next month.

The Tetley's Challenge Cup Final will pit 1985 combatants Wigan and Hull FC against each other once more and an epic encounter is expected.

And another unbelievable afternoon of entertainment under the arch is guaranteed this autumn, when Wembley Stadium hosts The Big Hit double header of Rugby League World Cup 2013 semi-finals on November 23.

The matches will pit the world's top four Rugby League nations against one another on one unforgettable day of family entertainment under the famous arch.

At stake is a place in the showpiece final at Old Trafford on November 30, where the curtain will fall on the global sporting event of 2013, and a world champion will be crowned.

New Zealand, Australia and England are expected by many to fill three of the four spots at Wembley, though there will be no shortage of contenders for that final place.
"Somewhere down the line I believe we will be challenging the very best teams in the world, and I see no reason why this can't be at RLWC2013," said Samoa's Frank Winterstein.

"We'd love a crack at a semi-final. You're only 80 minutes away from the biggest stage of them all, the chance to compete for that trophy at Old Trafford"
"It'd be massive to play at Wembley. It's the national stadium, the home of the Tetley's Challenge Cup Final, and now it's the home of The Big Hit, which will be an unbelievable event."

The DW Stadium will also host one Quarter-Final on November 16, which could see hometown heroes Sam Tomkins, Josh Charnley, Sean O'Loughlin and Liam Farrell, among others, trot out for England.

Tickets are now on sale for The Big Hit double header of semi-finals at Wembley Stadium on November 23 and the rest of the matches at RLWC2013, with 55% of tickets priced £20 or less.

To make sure you will BE THERE buy now at www.rlwc2013.com/tickets or call the 24-hour Ticket Hotline on 0844 847 2013, and be sure to ask about our exciting double ticket offers, with huge discounts available for supporters planning to attend the Tetley's Challenge Cup Final on August 24 and The Big Hit on November 23.

And there's still time to enter our competition to win a signed England or Australia shirt.