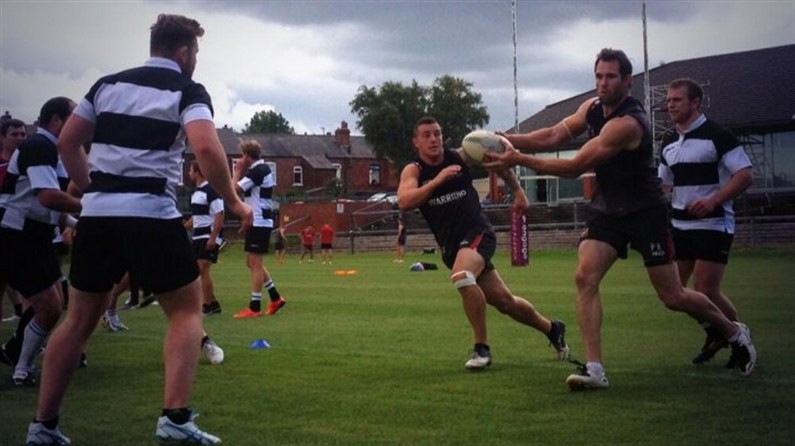 There were some different faces at Wigan's training ground on Monday and Tuesday of this week as Rugby Union side Glasgow Warriors spent time with the Wigan Warriors Coaching Staff and Players.

Glasgow are in the early stages of their preparations for their season which gets underway in 4 or 5 weeks time and the trip to the Wigan Laundry Company Community Stadium saw the two sides share both gym and field sessions.

The trip was arranged through Wigan Warriors Director of Performance Mark Bitcon who has previously worked with the Scotland International Rugby Union side.

"Mark has a relationship with their Head Coach Gregor Townsend and I know him quite well as well and it was an opportunity for both sides to try and learn something off each other.

"We were looking to see if there is any cross over which there is, we have just had a field session with them, they are a nice bunch of people and we are always wanting to learn and I have learnt a few things and I am all for that."

Look out for more about the visit over the next couple of days on Wigan TV www.wiganwarriors.com/tv