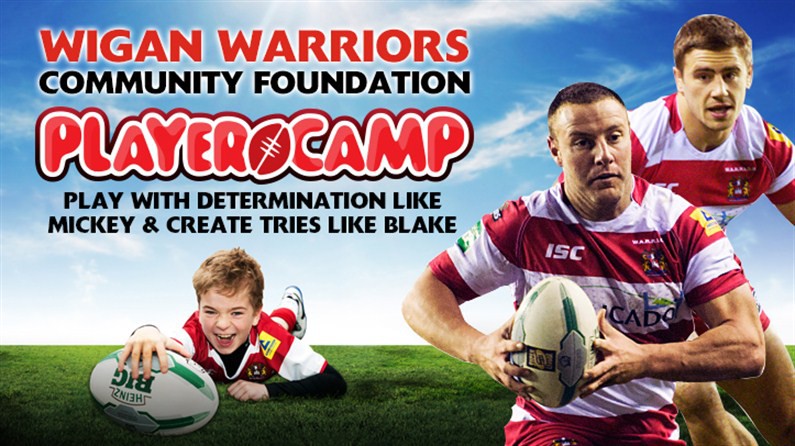 Join the Wigan Warriors Foundation team for two fun-filled days of skills and games as you learn to train and play the Wigan Way. Mickey will pass on his decision making skills in attack and defence as Blake Green will share his knowledge of how to create opportunities and space with a good passing and kicking game.

Players participating at the player camp will not only be coached by the Warriors superstars but also be given the opportunity to ask questions and have their picture taken with their heroes, what could be better for any young Wigan fan?

Commenting on the exciting player camp this May half-term, Head of Community Development, Amanda Wilkinson said:

"This is a fantastic opportunity for any young Wigan fan wanting to learn more about the game to come down and learn from two first team Warriors players. Blake Green and McIlorum are two of the key men in both attack and defence for the Warriors and will act as the perfect model for any young players to emulate"

The Camp will take place on Tuesday 28th and Wednesday 29th May from 9am-3pm on both days at Central Park on Montrose Avenue (WN4 9JX). All young people aged 4-14 years are welcome at a cost of just £35.