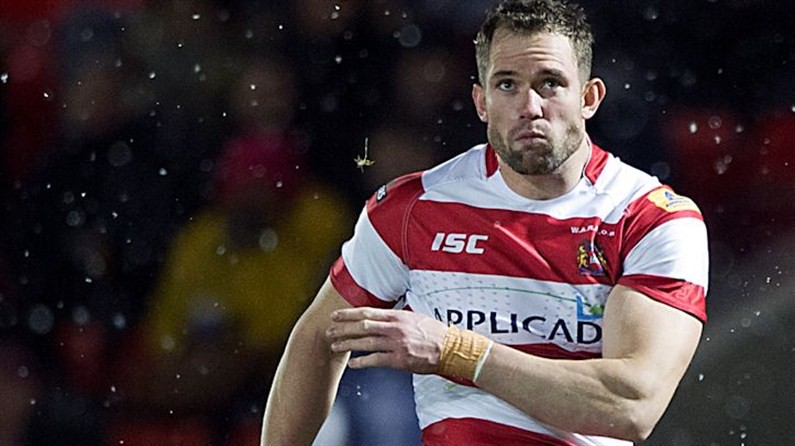 Wigan Warriors announce that Winger Pat Richards will be leaving the Club at the end of the season to return home to Australia where he will re-join his former side Wests Tigers.

Richards contract with Wigan expires at the end of the 2013 campaign and after discussions with Pat he informed the Club that he wishes to head back down under after eight seasons in the Super League. Richards has agreed a Two-Year contract with the Tigers for Seasons 2014 and 2015.

"We are obviously disappointed to be losing Pat but fully respect his decision and his reasons to head home. Pat joined us in 2006 and he has been a wonderful player for the Wigan Club and he has provided us all with some terrific moments. He is a model professional ,is highly respected by everyone and is one of the best overseas signings the Club has ever made. We know he will do all he can for the remainder of the season to play his part in trying to bring more success to the Club, he will be missed and we wish him well."

"Pat is not only a sensational player but also a great person and we will miss his influence both on and off the field. He has made the decision to head home after this season and understand the reasons behind that. We hope that he can provide him with some more happy memories before he departs."

"This has been a difficult decision to make as I have thoroughly enjoyed my eight seasons with Wigan but the time has come for my family and I to return home.

" I will take with me many happy memories and I can only thank everyone for making me so welcome. I have been extremely fortunate to achieve the successes I have with Wigan with the team and individually and am hoping I can end my time here in England with more silverware to come this season.

"I have been given this opportunity to return home to the Club where I achieved Grand Final success in 2005 with Wests and will look forward to ending my playing career at a Club where I also have great memories."

Richards has made over 200 appearances for Wigan since joining in 2006 from Wests Tigers where he has scored over 150 tries, over 800 goals and is approaching 2,300 points for the Club. Pat moved up to 3rd spot as the Club's top points scorer of all time in 2012 and added to the successes of a Grand Final win in 2010 and Challenge in 2011, in 2010 he won the prestigious individual honour of being named Man of Steel.