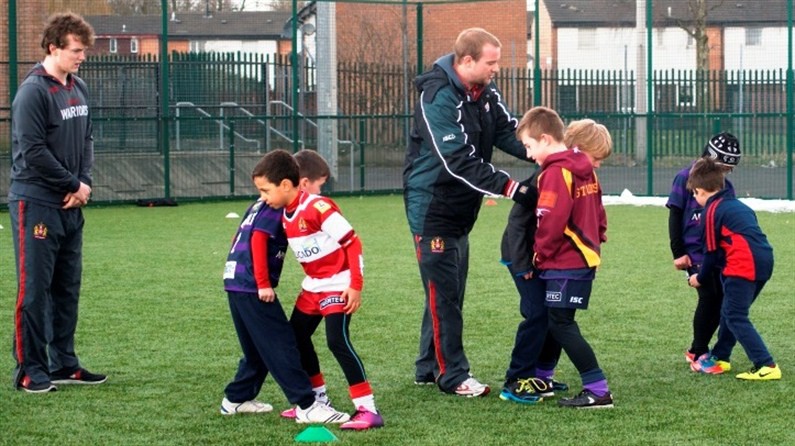 Paul Prescott has been coaching the stars of the future along with the Wigan Warriors Community Foundation coaches at Central Park on day 2 of the Easter Rugby Camp.

The Camp has been organised under the title of ‘Rising Stars’ which perfectly describes the route Paul Prescott took to the Wigan Warriors first team squad. All young players have to start somewhere and that’s exactly what Paul has done since he signed for Wigan. The kids on the Easter Rugby Camp could do exactly the same and progress through the ranks to first team rugby, ‘Preccy’ has been passing on his wisdom and experience on how to make it to the top of the game.

Paul Prescott, the academy players and the Community Coaches have once again been impressed by the attitude of the young players in attendance. Day two has triggered a switch from an attacking focus to defensive technique’s including tackling and communication. Young Warriors player Ben Austin in particular showed fantastic enthusiasm in coaching the young stars of the future and engaged well with the young kids, passing on his knowledge and experience.

“The atmosphere has been brilliant over the two days, plenty of smiling faces on the young children and great to see the academy players showing such enthusiasm to pass on their skills to the stars of the future.”